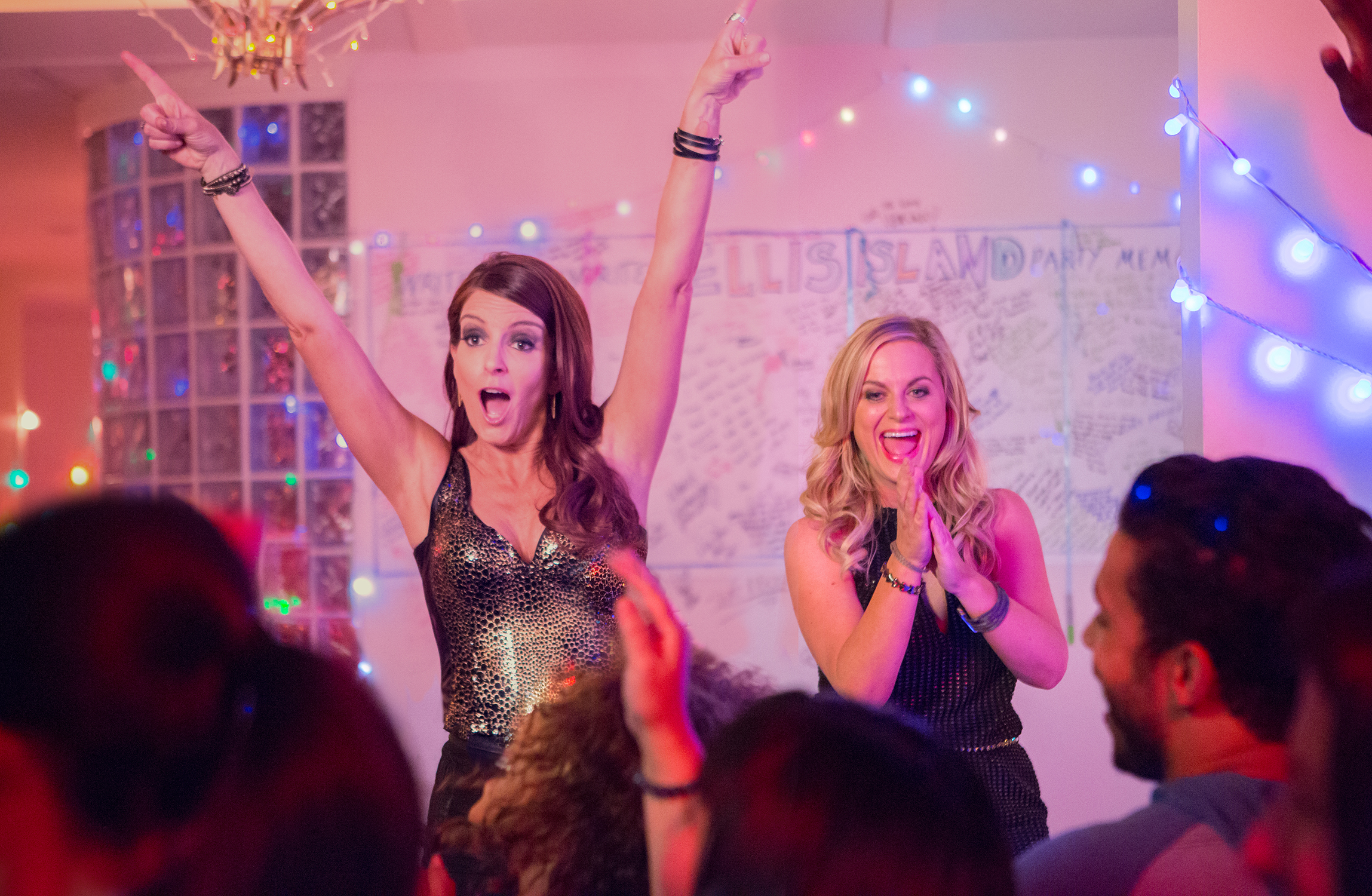 So, was the year in film 2015 more about the comeback of westerns, or the dominance of hilarious women? With just days left to make a case, Sisters, the other movie opening this weekend, delivers just enough laughs to score a few more votes for the ladies.

Much of the credit goes to the charm and chemistry of stars Tina Fey and Amy Poehler, playing Kate and Maura Ellis, respectively. After learning their parents (Dianne Wiest and James Brolin) plan to sell the house they grew up in, the two head back home to Orlando to talk the old folks out of it.

Instead, Kate and Maura find the ‘rents are gone, the house is practically empty and definitely sold. Two bedrooms, though, are still serving as a time capsule from the 80s, just waiting to be cleaned out for the new owners.

So, the sisters get to work….on “Ellis Island,” the party of the year!

Fey and Poehler both play against type, which is part of what holds the film back in the early going.

Maura is the shy, demure one, with high school diary entries about “taking a deaf friend to see Sheila E,” while Kate is blunt and in your face (her diary: “all the penises I saw”) and both actresses push a little hard at the outset. Fey always had trouble keeping a straight face during her Saturday Night Live days, and here she seems just a breath away from laughing at the camera and saying “Look! I’m the bad girl!”

Gags are lazy and obvious, there’s the obligatory car radio sing along, and it all seems doomed when, right on cue, it’s party time and the fun comes calling.

A bevy of familiar faces invades Ellis Island, hilariously sending up various high school stereotypes. All find their mark, especially Maya Rudolph as the bitchy queen bee, Bobby Moynihan as the awkward guy who wants to be funny, and Kate McKinnon as the leader of the lesbian clique.

Props again to WWE’s John Cena, following up his scene-stealing in Trainwreck with a winning cameo as Pazuzu, a drug dealer who gets flirty with Kate (his “safe words” are priceless). Don’t bet against this guy being the next wrestler-turned-genuine movie star.

Longtime SNL writer Paula Pell gets the credit for her first screenplay, but no doubt plenty of improvisational gold made the final cut. Director Jason Moore (Pitch Perfect) keeps things fast and frenzied and as the ensemble finds a comfort zone, there are LOL riffs on growing older and up.

Sisters is alternately crude, silly, and sentimental, and at least one dance routine too long, but it is funny, with a heart that feels true. There’s both warmth and humor on Ellis Island.

Just don’t be late for the party.