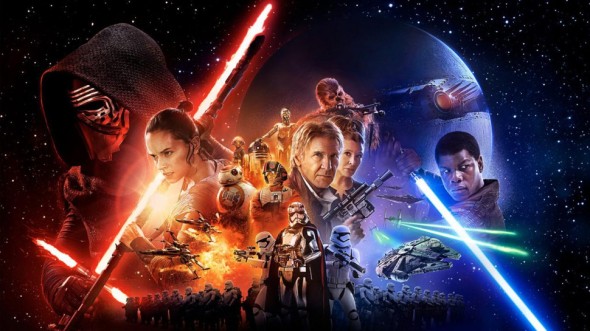 It’s been thirty years and Stormtroopers still can’t hit the side of a barn.

Like all goodhearted people, you will be need to see Star Wars: The Force Awakens this Christmas season. Come on, you know you want to. Luckily, the JJ Abrams retooling doesn’t disappoint.

Back in 2009, when Abrams rebooted Star Trek, he proved that, with talent and genuine fondness for the source material, an aging franchise can not only be reinvigorated, but bettered. It was only a matter of time before he took on the superior galactic icon.

There’s an ingenious simplicity to this film. From the opening sequence it’s clear that Abrams has no intention of distancing himself from the original trilogy. Abrams – aided in scripting duty by Lawrence Kasdan (who wrote, among other things, Empire Strikes Back and Return of the Jedi), and Michael Arndt (who wrote, among other things, Toy Story 3) –  breaks down the elements from A New Hope and rebuilds them in a fresh but familiar way . It’s a perfect combination of source material and giddy genius that shows in every scene.

Since the happy ending of Jedi, the Galaxy is again seeing dark times. Luke Skywalker has disappeared, and the First Order has risen to power thanks to Supreme Leader Snoke (Andy Serkis in surprisingly underwhelming motion capture) and his masked apprentice Kylo Ren (Adam Driver). They aim to find Skywalker, and eliminate the last hope of the Jedi Order.

Then Han and Chewie join the fun, and it’s goosebump time (one of several).

The Force Awakens is eerily true to the sensibilities of the original trilogy, though the script is more humorous and the actors are more talented. Isaac alone is absolutely among the most gifted actors working today, and Domhnall Gleason impresses again as the evil General Hux. Driver brings menace as well as nuance, with relative newcomer Ridley looking like a real find.

And just seeing Mark Hamill, Harrison Ford, and Carrie Fisher back in their iconic roles brings a wealth of good will that Abrams is smart enough not to squander.

He knows better than to overthink, or overdo. The complete look of the film is right, with the entire universe, like the famous trio of actors, aged to perfection.

It’s really hard to overstate the effect of the Star Wars franchise of popular culture. After all this time a reboot so completely satisfying, so much fun, and so welcoming to future installments seems out of the question.

← Fright Club: Love Them or Hate Them
Housing Collapse Hilarity →
Scroll Up