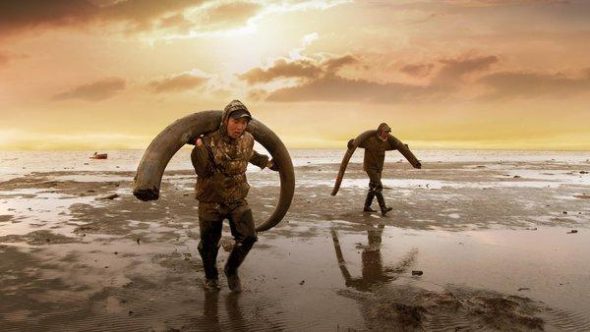 Back before I’d even seen the original Jurassic Park I read up on the premise. I’m no scientist but I clearly remember thinking, “Uh, that sounds plausible.”

Well, in the immortal words of Samuel L. Jackson, hold on to your butts, because Genesis 2.0 will show you how it’s now shockingly closer to science than fiction.

This fascinating documentary weaves footage from directors on different sides of the world. One, Maxim Arbugaev, embeds himself in Siberia with a team of hunters searching for valuable wooly mammoth tusks.

The other, director and writer Christian Frei, follows Chinese and American genealogists committed to bringing an entire mammoth back to life. That project took a big leap forward six years ago, when one of the film’s hunting teams discovered the first wooly mammoth carcass seen by man in 10,000 years.

By the way, if you’re thinking, “Does it taste like chicken?”, the hunters were way ahead of you.

The contrast between the lives of the hunters and those who profit from their finds is touching, and their fear of angering the spirits of the mammoths gives the film its natural shift to the moral and ethical questions of engineering life.

Cue Goldblum: “Your scientists were so preoccupied with whether of not they could….”

Genesis 2.o stops short of sermonizing, but with some truly amazing and insightful footage, uncovers plenty of sobering food for thought.

← Screening Room: Kid Who Would Be King, Stan & Ollie, Serenity and More
Fish Story →
Scroll Up