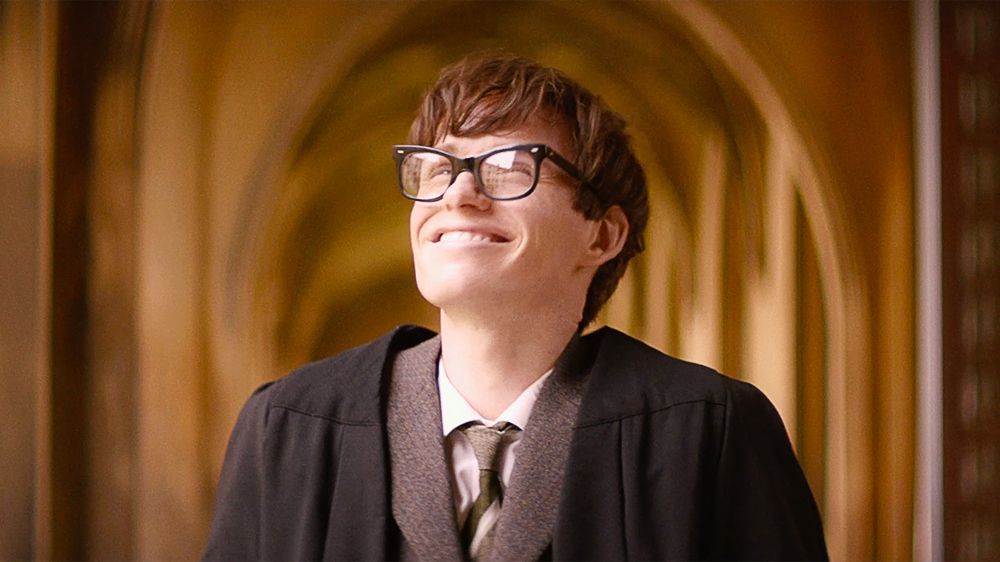 The Theory of Everything

If there is one thing that The Theory of Everything should convince you to do, it is this: Get to know Eddie Redmayne.

He is a magnificent, chameleonic actor who has found a way to bring humanity to roles as varied as that of a matricidal son, a suicidal homosexual teen, a socially awkward hick, a deeply conflicted witch hunter, and a love-struck baritone in post-revolution France. And now he will finally be known – and likely Oscar nominated – for his subtle, authentic and moving portrait of Stephen Hawking.

Redmayne is the reason to see this film. It’s a remarkable performance at the heart of a decent but not exceptional film.

Based on Jane Hawking’s second memoir, the film begins as a young doctoral student falls for a medeival poetry major and, despite the death sentence of a medical diagnosis, marries. While Anthony McCarten’s adaptation retains the struggles and failings in the marriage, director James Marsh can’t find the passion or urgency the story needs.

The problem is certainly not his cast. Alongside Redmayne, Felicity Jones offers a tender, thoughtful performance, and the supporting players turn in solid work as well. But their relationships, passions and drama are all kept too tidy and too subdued.

Marsh, whose previous films – documentaries, in particular – have proven to be honest, impish and fascinating – can’t seem to find his footing. Where his approach in previous work has always felt fresh, here he makes safe choices at every turn. Aside from an odd, fish-eye close up here and there, nothing about his telling of this extraordinary life ever feels daring.

The science itself is minimized to the point of near nonexistence, making the only examined aspects of the Hawkings’ story that of her love and his physical disability. And even that feels slight.

There is much to applaud in The Theory of Everything, but there should have been more.