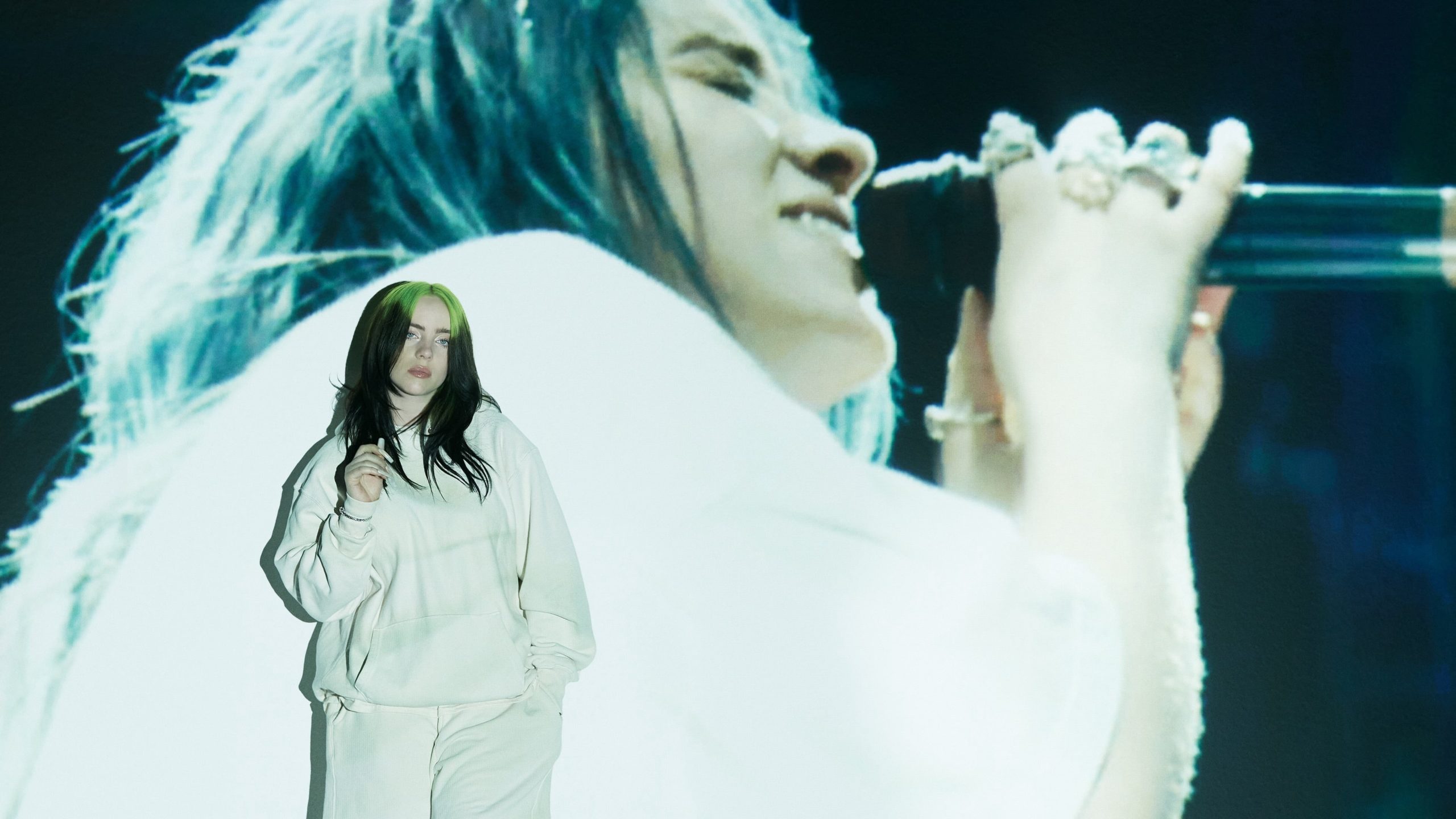 Two hours and twenty minutes – plus an intermission – for a documentary on a teenage pop star? Isn’t that a bit indulgent?

When you put it that way, probably, but director R.J. Cutler hardly wastes a minute of the time we spend with Billie Eilish (born Billie Eilish Pirate Baird O’Connell – nice!). Bolstered by a goldmine of home and backstage video, The World’s a Little Blurry becomes a captivating window into the life of a talented young performer – and a generation coming of age in these often scary and confusing times.

Eilish first got noticed as a 13-year-old after she posted the song “Ocean Eyes” (written by her older brother Finneas O’Connell) on SoundCloud, and it became a million-streaming viral hit.

Billie describes her home-schooled L.A. upbringing as being “one big fucking song,” and there is no denying the family joy as we witness them all react to hearing “Ocean Eyes” on the radio for the first time.

From there, we see Billie and Finneas writing “Bad Guy” – the international smash that would springboard her to world tours and multiple Grammys – and this doc quickly becomes more than just another marketing project from the record label.

Billie is clearly a deep thinker – as insightful writers often are – and she isn’t afraid to put her darkness and vulnerability right there in the storefront window. But it’s clear that her family anchor is strong, and that big bro Finneas is not only a calming influence but a multi-talented musical MVP in his own right.

And along with the hits, Cutler gives us plenty of real human moments. From Billie getting her driving permit to meeting her idol Justin Beiber, from rolling her eyes at something her mom just said to embracing fans as “part of me,” the film captivates because it becomes the story of a family.

One member just happens to attract a little more attention.

That would be Billie.