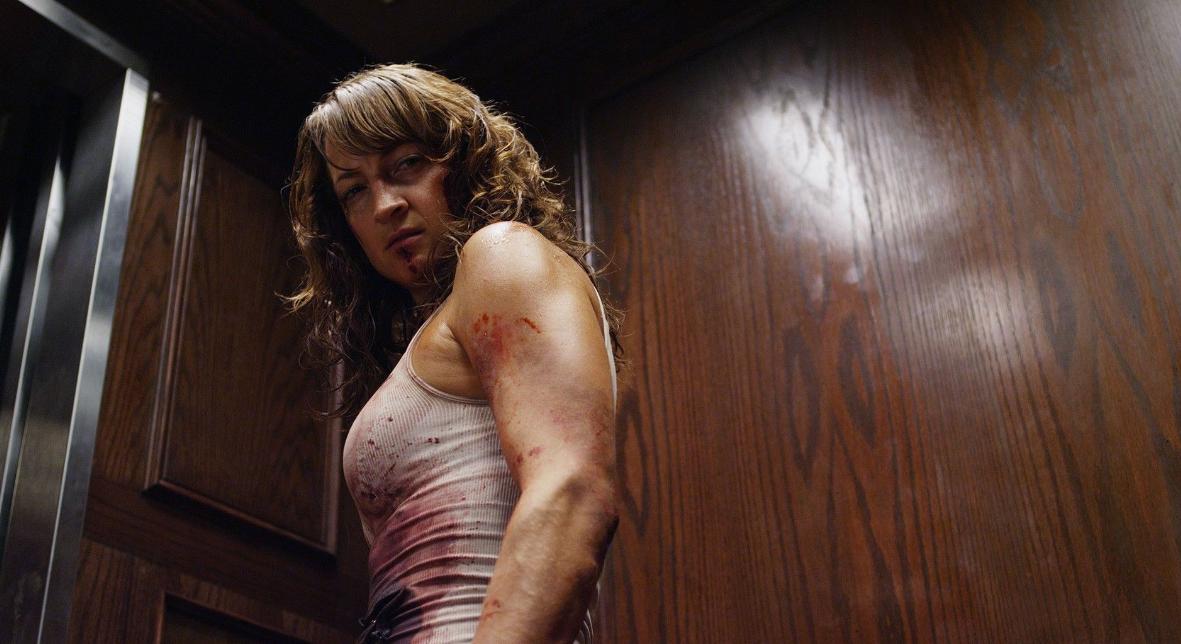 Quentin Tarantino’s deceptively complex Django Unchained boasts almost countless fascinating images of depravity and violence, among them, the Mandingo fights that Django and Dr. King use to con their way onto Candyland Plantation.

Filmmakers Josh Waller and Robert Beaucage found inspiration in this particular idea, writing and directing the film Raze about a set of prisoners forced to fight each other to the death. Rather than pitting enslaved men against each other for the amusement of plantation owners, Raze forces kidnapped, attractive women to beat each other to death.

Back to Tarantino and his far better ideas. Waller pairs the involuntary death match concept with Tarantino’s favorite death proof stunt double Zoe Bell for their spare and brutal film. We know Bell can hang onto the hood of a speeding Dodge Challenger, but can she hold her own against 49 women desperate to survive and protect their loved ones?

Bell plays Sabrina, a young woman who woke up one day in a cell in the dungeon-like basement belonging to some wacko order of zealots. Losing a fight does not only mean a prisoner’s own death, but also ensures the death of one loved one.

It’s a streamlined plot, certainly, with precious little time wasted on character backstory or the specifics of this weird, bloodthirsty order. Just round after round of two women bare-knuckling it until only one’s left breathing.

It would appear that this exploitation film hopes to make some points about exploitation, and it’s true that these battle sequences could hardly be considered titillating. (Should you find these battles arousing in any way, do society a favor and seek help.) But any gesture toward feminism or humanity is hollow. This is not a “women in prison” film in the traditional sense, but gratuitous violence is its primary purpose.

Bell is impressive. It’s always nice to find yourself believing a performance, and I believe she can kick some ass. I wouldn’t cross her.

Her Death Proof co-star Tracie Thoms turns in a solid performance, and Doug Jones offers an effectively quirky turn as the leader of the cult. But the relentlessness of the plot becomes tedious with half the film still to watch, and the anonymity of victims more than undermines any high-mindedness the film purports to offer.

Raze devolves quickly to little more than percussive violence perpetrated without imagination or artistic purpose. Apparently there is more the filmmakers have to learn from Tarantino.