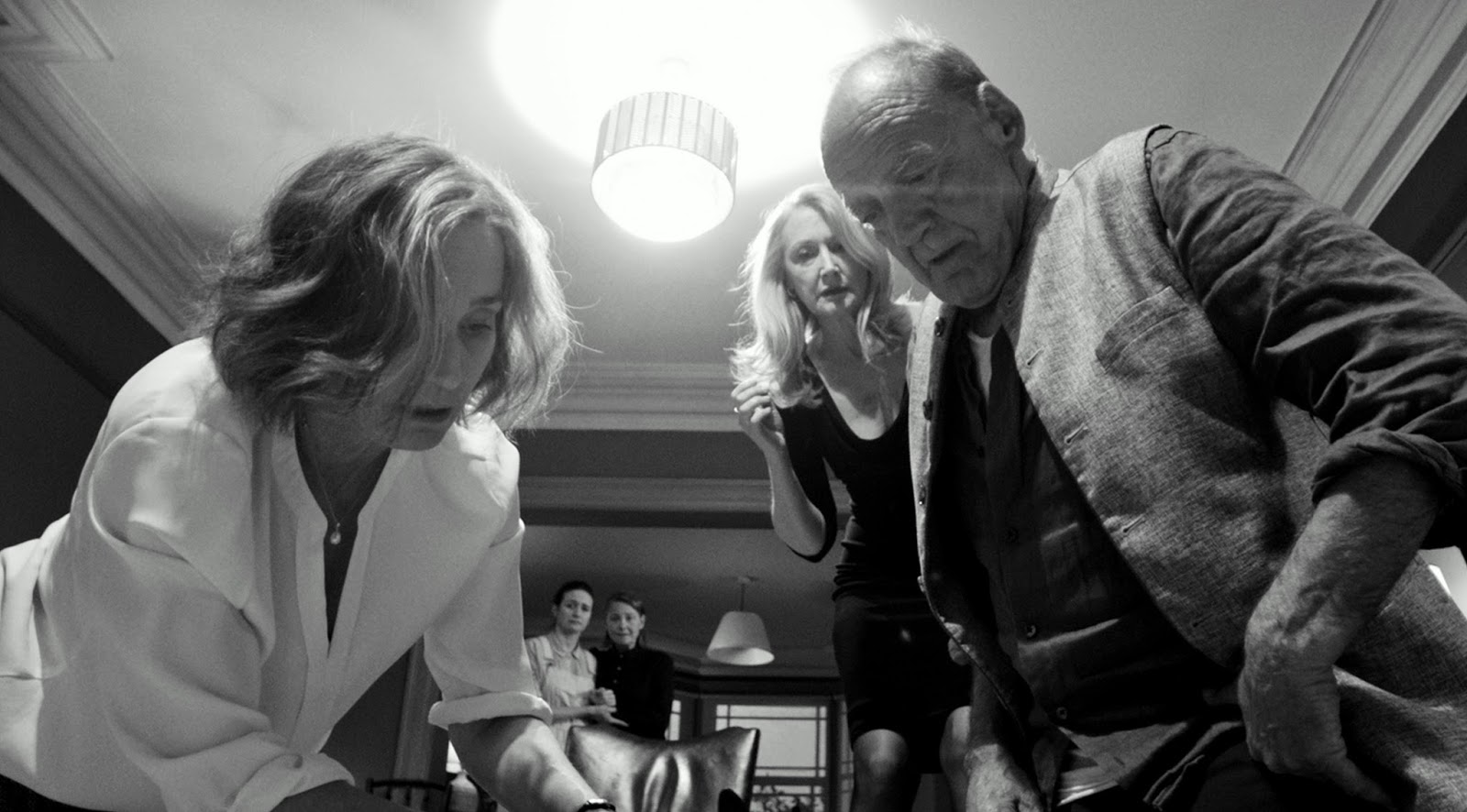 Sally Potter’s jet-black comedy The Party mostly succeeds as social satire examining the savagery churning just below the surface of the polite and prosperous. Where it definitely succeeds, in ways that must seem truly unfair to every single other actor alive today, is crowning Patricia Clarkson as a national treasure.

Not that the rest of the tight ensemble is full of slouches. Clarkson plays April, one of five guests attending a party for Janet (the almost equally superb Kristin Scott Thomas), who is celebrating a political promotion.

Janet’s guests fall into broadly recognizable personalities who are practically begging to have their worlds turned inside out: from the New Age life coach Gottfried (Bruno Ganz) to the supercilious professor Martha (Cherry Jones, also—and you might be sensing a theme here—outstanding).

Timothy Spall plays Bill, Janet’s husband and a literal odd man out: he is nearly catatonic when the guests arrive. When he finally reveals why, it sets off a series of violent delights, both verbal and physical.

The cast might actually be too good for the material (written by Potter). That’s an envious problem for a movie to have, but it’s still a real one. The repartee is shocking and funny in turn. Just about every single line delivery from Clarkson, Scott Thomas and Spall is perfectly measured—so much so that the barbs feel like they’re cutting a lot deeper than they really are.

And Emily Mortimer provides a welcome degree of grounding as Jinny, Martha’s partner and the only party guest who seems recognizably human rather than an outsized target ripe for mockery.

But for all the wicked pleasures to be had from watching this masterclass in verbal sparring, there’s a nagging superficiality to it all. The rapid-fire pace distracts from the reality that nobody besides maybe Jinny ends up discovering some deeper personal meaning about themselves other than rank hypocrisy. And a gimmicky twist at the end doesn’t help.

And yet. It’s easy to forgive The Party’s shortcomings after you’ve heard Clarkson tell someone “You are surpassing yourself” or “You could consider murder” in tones so deadpan that we really ought to invent a new adjective.

It’s a strange, perfectly flawed bunch Potter has thrown together. And I could have stayed with them for hours more.