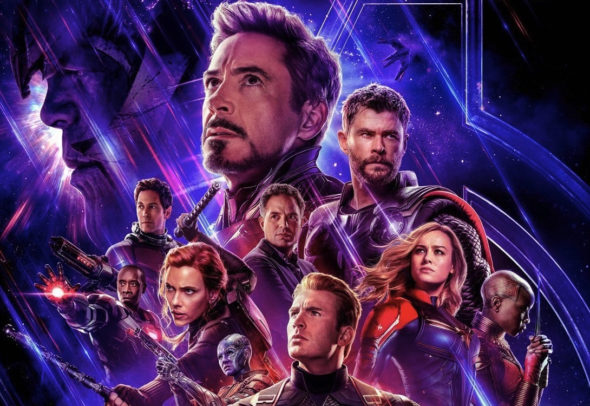 “How many of you have never been to space before?”

There is a lot to resolve in Avengers: Endgame, but it’s the film’s commitment to character and character relationships as articulated by fun, throwaway lines like that, that continue to elevate this series above its single-hero franchisees.

The Avengers who haven’t yet done space travel put up their hands, and it instantly rings true, underscoring a pillar of the MCU.

In every group setting, the different heroes don’t fight for opportunities to remind viewers who they are—the angry one, the sarcastic one, the winsome one. Instead, each reacts to another character; duos and trios bicker or riff, and true character dynamics emerge.

Directors Anthony and Joe Russo, and writers Christopher Markus and Stephen McFeely, Marvel vets all, return to reap what they’ve been sowing for years. With that veteran cast bringing instant investment to their respective roles, the filmmakers cultivate relationships Joss Whedon sparked back in 2012 when he first put Tony Stark, Steve Rogers, Bruce Banner and Thor at the same table.

You may have heard, Endgame goes to new lengths in the MCU: three hours and one minute, to be precise. While you might skip the jumbo soda to avoid restrooms trips, you won’t begrudge this film its time. In fact, give Marvel props for not splitting it into two separate blockbusters that would have diluted the impact of such an apt, respectful and yes, emotional capper to the saga.

There’s plenty of humor here, as well, but never at the expense of the drama or action developing. Rather, it’s the natural ribbing born of well worn, familial relationships. (One Lebowski comment and another about “America’s ass” both land really well.)

On the other hand, we still cannot get behind where this series has taken the Hulk. These developments may have comic-book roots, we won’t pretend to know, but outside of a memorable scene with The Ancient One (Tilda Swinton) this Hulk is no smash.

Thematically, the film thinks big: time, love, loss, sacrifice. It moves impressively from ruminating on a post-9/11 reality to the importance of cherishing your own time and place, even while you accept the challenge of fighting for a better world.

There is plenty of fighting. The action is well-placed and well-presented, delivering fireworks without the dizzying, rapid-fire editing which can often reduce battles royale to battles of patience.

And we need to clearly see who is doing what when these Avengers assemble, because, let’s be honest, Thanos (Josh Brolin) and his Infinity Stones are a tough out, and it’s going to take all hands on deck to take him down.

For any upset fanboys who might still be wondering, that does include female heroes, a fact the film makes inescapably clear with a sequence that’s well-intentioned but maybe a tad pointed (or tardy?) in its parting defiance.

In the months since Infinity War, there have been plenty of theories about how Marvel will address that mountain of a cliffhanger they dumped on us.

Maybe you’ll guess some of it, maybe you won’t (you probably won’t), but wherever the MCU goes from here, Endgame is character capital well-spent,

As long goodbyes go, this one is satisfying and …pretty marvelous.