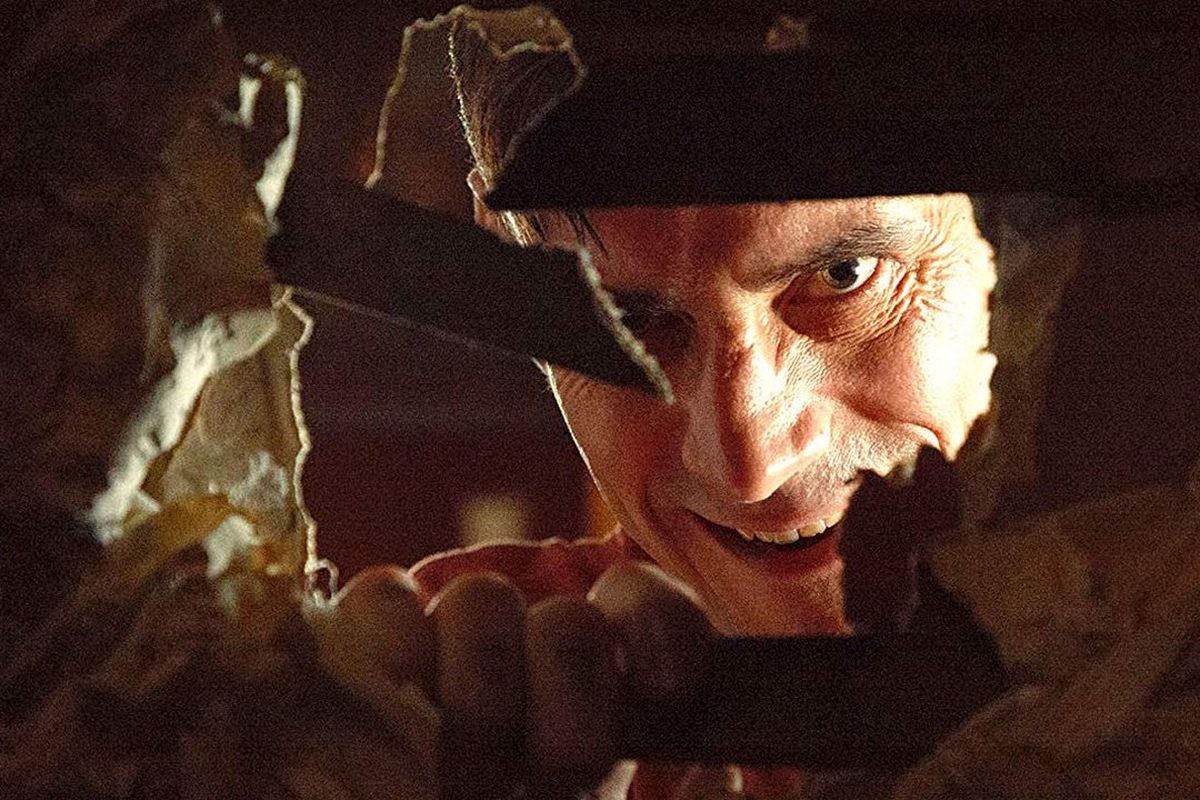 Girl on the Third Floor

DIY Don is probably not a nickname Don Koch (C.M. Punk, aka Phil Brooks) has ever heard. Nonetheless, he has some free time, a pregnant wife in the city (Trieste Kelly Dunn) and a bruised ego, so he undertakes the restoration of the new suburban fixer upper on his own.

He has no idea what he’s up against.

The feature directing debut of longtime indie horror producer Travis Stevens (Cheap Thrills, We Are Still Here, Starry Eyes), Girl on the Third Floor takes the haunted house theme in directions that are both toxic and masculine.

So did The Amityville Horror, but Stevens and his team of writers (Trent Haaga, Paul Johnstone and Ben Parker) aren’t concerned with a good man infected by a bad house.

Stevens most impresses in lensing the film. Phil and cast regularly look directly into the camera to deliver lines or just to ask WTF? as goo and other assorted nastiness tumble and/or ooze from walls. It’s as if the audience has the house’s point of view, and since the majority of the film is “house versus Don” (and Don is clearly an asshole), it’s an intriguing and suitable perspective to take.

In another wise and satisfying move, Stevens underscores the hero’s star qualities with beautiful, wide interior shots that emphasize the house’s elegant and forbidding nature while appearing to trap the ever-foregrounded Don.

In his first film, WWE performer Punk mainly impresses or at least holds his own, shouldering at least 50% of the film entirely alone. Well, him, some power tools, a handful of marbles, a lot of ejaculate—still, it’s mainly Punk.

Stevens’s message is not entirely fresh, and the camera that ogles Dunn as well as co-star Sarah Brooks suggests the film may not be as woke as it pretends to be. (Haaga has penned some great horror flicks, but his Deadgirl confirms that a feminist he is not.)

Like any good haunted house movie—The Haunting, The Innocents, The Shining, even the Stevens-produced We Are Still Here, where the horror was in the basement rather than the third floor—it’s the unsettling, otherworldly images and mystery that bring chills. Third Floor makes the mistake of the third act exposition, revealing the source of the mystery all Scooby Doo like.

It’s a too-tidy end to a decent spook show—nothing especially scary or daring or original, but an atmospheric thriller that looks good and entertains.

2 thoughts on “Flip or Flop”