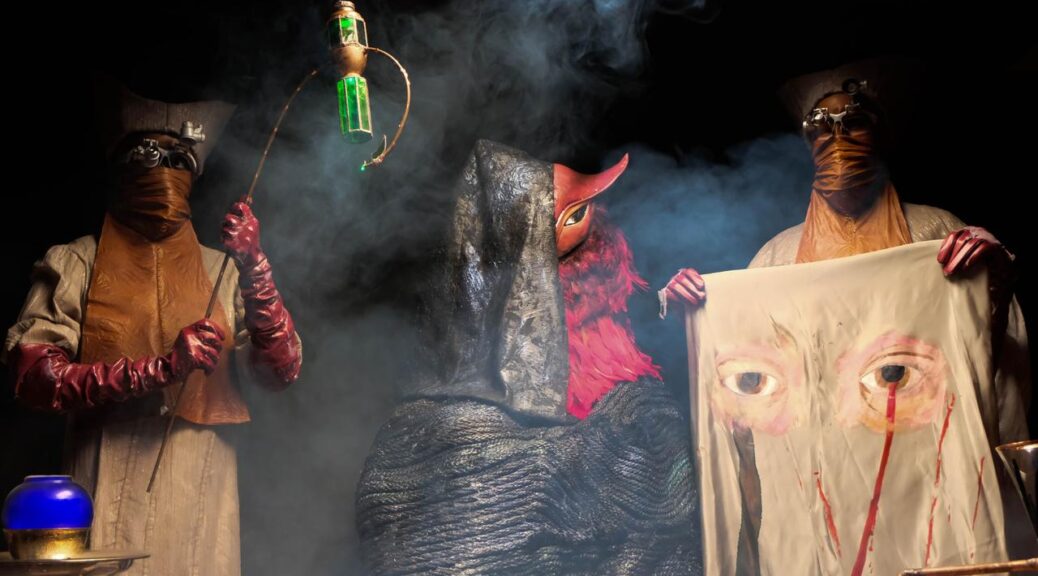 In 2019, Travis Stevens directed his first feature, Girl on the Third Floor, a haunted house film in which the house is the protagonist. It not only looked amazing, but the unusual POV shots did more than break up the monotony of a film set almost exclusively inside one building. Those peculiar shots gave the impression of the house’s own point of view – a fresh and beguiling choice.

Stevens’s 2021 film Jakob’s Wife waded more successfully into feminist territory, benefitted from brilliant, veteran performances, and turned out to be one of the best horror shows of the year. In many ways, the filmmaker’s latest, A Wounded Fawn, picks up where those left off – which does not mean you’ll see where it’s heading.

Josh Ruben is Bruce. Marshall Taylor Thurman is the giant Red Owl Bruce sees, a manifestation of that part of Bruce that compels him to murder women. The next in line seems to be Meredith (Sarah Lind). After finally getting past the trauma of a long-term abusive relationship, Meredith is taking a leap with a nice new guy, heading for an intimate weekend at his cabin.

This sort of sounds like Donnie Darko meets about 100 movies you’ve seen, but it is not. Not at all. Bruce bids on high-end art at auctions, Meredith curates a museum, and Stevens’s film is awash in the most gorgeous, surreal imagery – odes to Leonora Carrington, among others. And, like the POV shots from Girl on the Third Floor, these visual choices do more than give the movie its peculiar and effective look.

At the center of Bruce’s personal journey is a sculpture he stole from his last victim, a piece depicting the Furies attacking Orestes, who was driven mad by their torture for his crimes against his mother. It’s a great visual, an excellent metaphor for a serial killer comeuppance movie. It’s also an excellent reminder that art has a millennia-long history of depicting women’s vengeance upon toxic men – in case anyone is tired of this “woke” trend.

Lind more than convinces in the character’s tricky spot of being open to new romance and guarding against red flags. We’ve seen Ruben play the nice guy who’s not really as nice as he thinks, but his sinister streak and sincere narcissism here are startling.

The film does an about-face at nearly its halfway mark, not only changing from Bruce’s perspective to Meredith’s, but evolving from straightforward narrative to something hallucinatory and fascinating.

The final image – unblinking, lengthy, horrible and fantastic – cements A Wounded Fawn as an audacious success.

One thought on “Cabin of Curiosities”