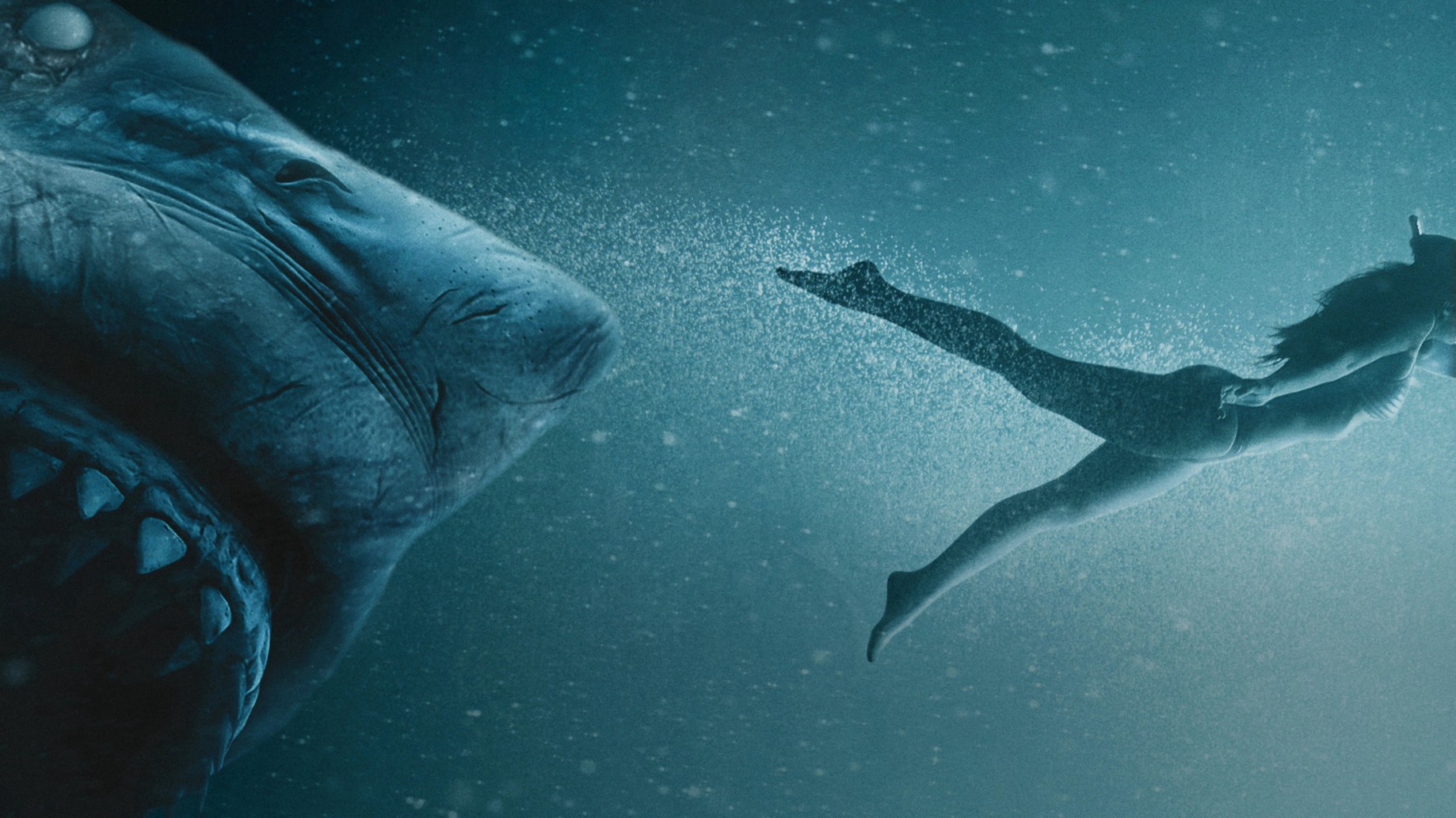 Two years ago, Johannes Roberts proved he could craft some fine sharky thrills amid the soggy dialog and questionable logic of 47 Meters Down.

He’s back as director/co-writer for Uncaged, with a bigger budget and a mission to deliver more of whatever you liked the first time. The scares? They’re jumpier! The sharks? They’re scarier! The water? Wetter!

Roberts builds these thrills on an unrelated shark tale. Four high school girls in Mexico go diving where they shouldn’t – an underwater Mayan burial cave. It’s currently being mapped by a team led by one of the girls’ Dad (John Corbett), which makes the cutting edge dive gear more believable than last time.

But all that gear is perfectly form-fitting for a group of teen girls, so…

So, forget it, and appreciate how Roberts borrows elements from the horror gem The Descent to create satisfying waves of claustrophobic, over the top terror.

If you remember the best scene from 47, you’ll see it re-imagined here, along with a very direct homage to Jaws and a nicely twisted and completely ridiculous finale.

Because if you haven’t noticed, Spielberg’s less is more approach to the monster has…say it with me…jumped the shark. For Roberts and Uncaged, more is more, and this film doesn’t stop until you’re shaking your head at the skillful outlandishness of it all.