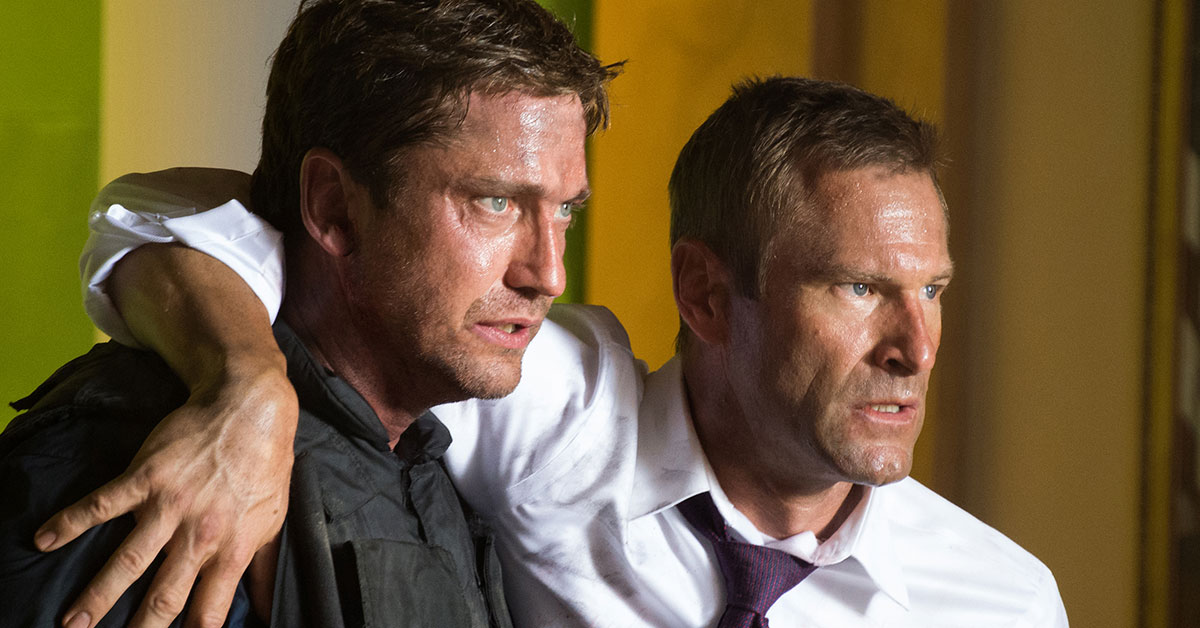 If Antoine Fuqua’s 2013 “Die Hard in the White House” effort Olympus Has Fallen felt too PC, too artistic, too restrained, too competent for you, you are in luck! The cinematic dumpster fire of a sequel that is London Has Fallen has arrived.

But Gerard Butler and his super convincing bad ass act are back!

Butler’s secret service agent Mike Banning – torn between the dangerous job he loves and the unborn baby he wants to spend more time with – must travel to London with BFF/President Benjamin Asher (granite jawed Aaron Eckhart) for a state funeral.

But wait! Some poorly explained, amazingly convenient, ridiculously performed terrorist attack kills the world’s heads of state while decimating props that almost look just like the stock footage of London landmarks we were seeing moments ago!

Jesus, this film is incompetently made. Set aside, for a moment, the irredeemable bloodlust and jingoism at the heart of the screenplay. Forgive, if you will, the heinous dialog spilling from the mouths of talented actors like Angela Basset, Melisa Leo, and Morgan Freeman. Let’s focus, for a laugh, on the wild lack of directorial skill behind this action epic.

London Has Fallen looks like something you’d see on SyFy network on any given Saturday afternoon. Director Babak Najafi’s one set piece really meant to wow – a single-take shoot out in a London alley – has the feel of a video game recreated by high school kids on a gym auditorium set made of paper mache.

But maybe that’s OK with you. Maybe you’re in it for the knife fights. Hope you’re OK with all talk and no blood, though. For all of Banning’s overtly racist sadism with that big ol’ knife, the wounding itself is always conveniently out of frame.

But at least you’ll never get lost trying to follow the story because, luckily, every so often Najafi cuts back to a group of far-too-talented actors sitting in a room together, watching the action on a screen and explaining the entire plot to each other. Whew!

You have to give Butler credit, though. It is hard to put out two films in back to back weekends that are so memorably awful. Between Gods of Egypt and London has Fallen, he’s made quite a mark.

One thought on “Falling Hard”