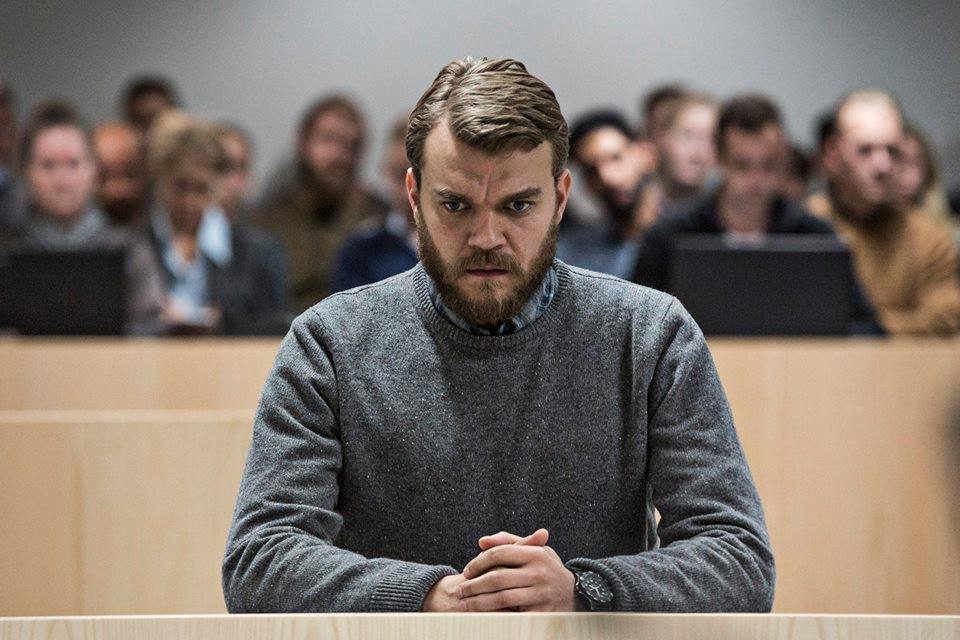 What separates A War (Krigan) from films of similar mindset isn’t the way it balances the strains of both battlefield and home front, but rather how it bravely attacks the very sympathies it so admirably creates.

Writer/director Tobias Lindholm takes a gritty, verite approach to the daily workings of a Danish military platoon stationed in Afghanistan. Commander Claus Pederson (Pilou Asbaek) guides his unit through the pressures of war, while back in Denmark, Claus’s wife Maria (Tuva Novotny) deals with the strain of an absent husband and father.

In between firefights, Claus tries to calm the fears of Afghan civilians threatened by the Taliban, one of whom rebuts his assurances by telling Claus, “Your children live in a safe place.” As Lindholm (A Hijacking, The Hunt) alternates between the viewpoints of Claus and Maria, he creates a contrast that is well constructed and compelling, regardless of its familiarity.

A recent Oscar nominee for Best Foreign Film, A War finds a more unique voice when Claus is charged with bombing a civilian target and then sent back to Denmark to stand trial.

Suddenly, we’re forced to question how we feel about two very sympathetic characters. As Claus meets with his lawyer and relives the event in question, Asbaek’s moving performance lets us glimpse the internal war at work. In a gripping private conversation, Maria implores Claus to remember that regardless of whatever tragedies may have occurred, his children are still alive and need him to come home.

Utilizing sharp dialogue, tense closeups and a letter perfect cast, Lindholm turns the screws slowly, achieving a natural authenticity that permeates the film and transcends the setting. Innocent people have died, and as sides are drawn and stories dissected, it isn’t hard to imagine grand jury testimony after another tragic police shooting in the States.

It’s Lindholm’s sensitivity that ultimately gives A War its stark power, and a soldier’s story resonates as an aching reflection on choice and consequence.