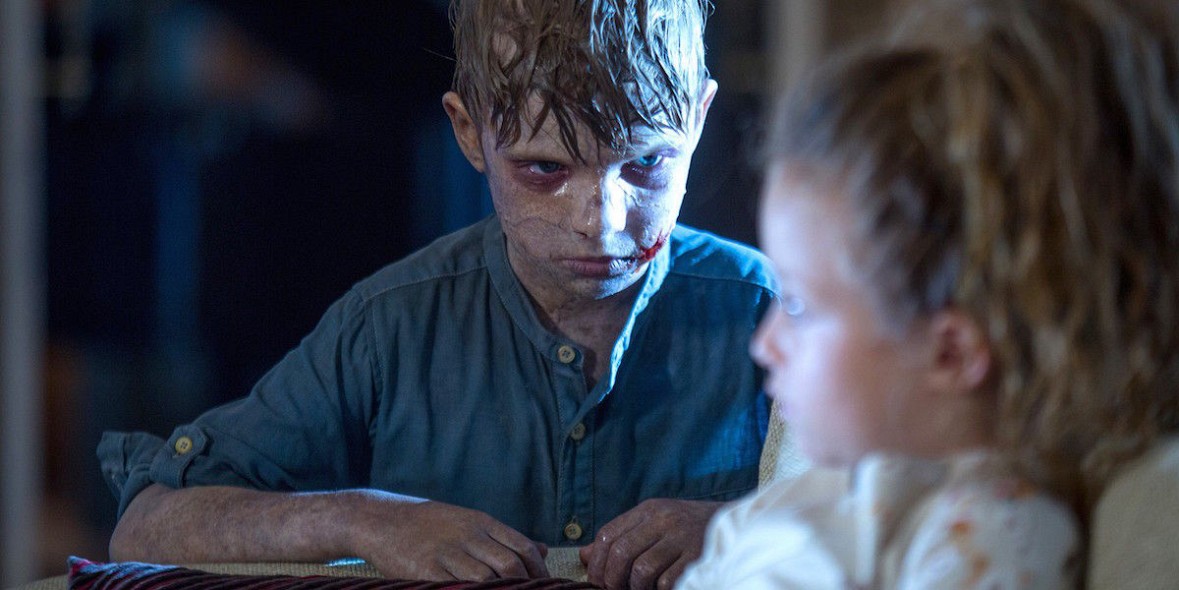 The Other Side of the Door

As a horror lover I more often than not find myself disappointed by what the mainstream side of the genre has to offer. What’s usually served up, when it eventually arrives undeservedly on the big-screen (despite so many smaller projects delivering stellar results direct to VOD/DVD), is found-footage dreck or a ghastly sequel/remake that’s never in the slightest bit scary.

It’s to my surprise that The Other Side of the Door feels like a throwback to the days when The Omen and Don’t Look Now delivered chills in spades. There is an obvious and eerie atmosphere evident very early on in writer/director Johannes Roberts’ film, and it’s to his and the small cast’s credit that we immediately care about the characters. Granted, much of the frights are of the cheap and loud “jump scare” variety, but rarely does horror show its heart. Even if it is a dark one at that.

The reason The Other Side of the Door feels like a success is because its tragic premise will likely resonate with every single moviegoer. We’ve all lost loved ones at some point in our lives, and who wouldn’t want to the opportunity to say one last goodbye. That’s the prospect faced by grieving mother Maria (Callies), who’s seriously struggling in the wake of her young son’s death.

Set entirely in Mumbai, India, gives the film a certain authentic flavour when Maria learns of a ritual that will allow that last goodbye. Unfortunately, it’s all too much for her, and when disobeying the only rule she had to follow – “No matter how much he cries or begs, DO NOT OPEN THE DOOR!” – the balance in the afterlife is upset when little Oliver wants to stick around and play dead!

Admittedly, the strong emotional opening gives Callies and Sisto a rare chance to shine, and two appear to share genuine chemistry in the face of such tragedy. The conclusion too feels fitting for a horror film, and works overall even if it feels familiar. However, it’s the lull in the middle where the door creaks a little too much and we, the audience, will ultimately stumble as it falls into cliché.

That said, The Other Side of the Door has real emotive depth few others of the genre can say the same. Affecting, unsettling, even brave at times, close the door on this one at your peril. You’ll never view Tom Hanks’s Big in the same way again!