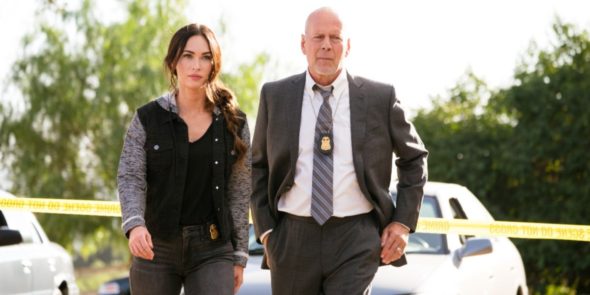 Midnight in the Switchgrass

This is the third Bruce Willis film so far this year. That leaves 13 more in production, and 1 in development. And if you’ve seen even a few of the titles in Bruno’s output over the last several years, you can assume a couple things about his latest right away.

First, regardless of his presence in the poster and/or trailer, Willis will only show up for a few scenes in the actual film. And secondly, his character won’t be that integral to the story.

Both assumptions prove true with Midnight in the Switchgrass, a thriller that manages to work itself a notch or two above most films in the “Exit Stage Willis” subgenre.

There’s a string of similar cold cases dating back several years, a fact that still haunts Florida state police officer Byron Crawford (Emile Hirsch). When a new victim turns up, Byron is compelled to assist Rebecca and Karl any way he can.

Well, he assists one of them, anyway, because Karl conveniently bails before Rebecca is kidnapped by the killer and events turn mildly interesting.

This is the debut feature for both writer Alan Horsnail and director Randall Emmett, though Emmett’s long tenure as a producer appears to have honed his ability to craft a generic crime drama that imitates more gripping films – one in particular.

A killer’s identity that is never in doubt, paired with parallel storylines and certain other flourishes I won’t mention for fear of spoilers, all bring a serious Silence of The Lambs vibe.

That’s rarefied and ambitious air that Switchgrass can’t live in, though it does carve out a few respectably tense manhunt moments. Fox and Hirsch rise above some heavy-handed dialogue – even Bruno seems halfway interested while he’s around – and Haas is effectively creepy.

Add it all up, check the scorecards, and on the sliding scale of Willis its rank is roughly equal to Citizen Kane.

Midnight in the Switchgrass is available on VOD July 23rd.