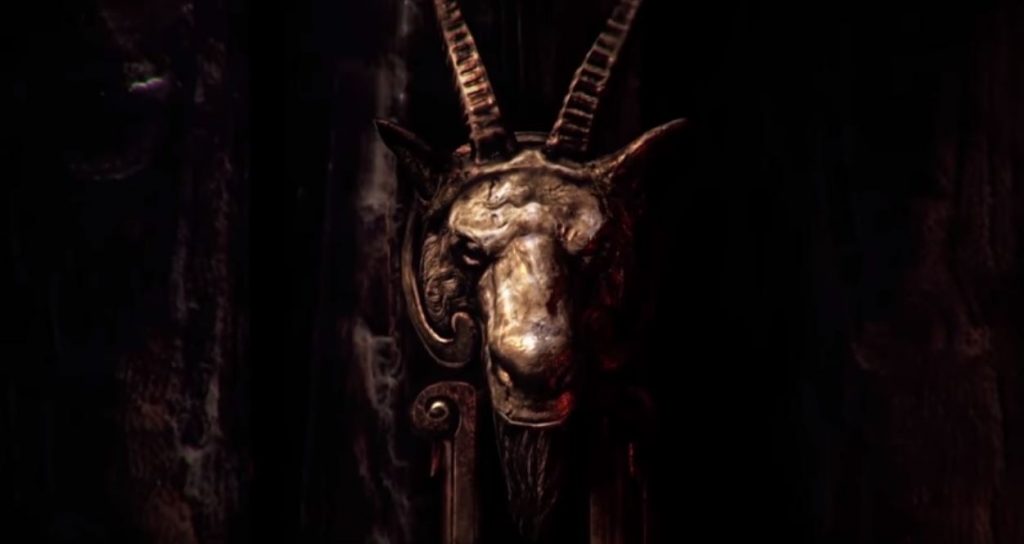 They just don’t do it very well.

Do you ever watch a horror film where a storyline leads to a jump scare, and then characters move on with their lives as if no spindly legged giant demon woman just crawled out of their closet toward them? They just go to the next scene?

The film follows a recovered addict turned successful sculptor (Katee Sackhoff) as she tries to regain custody of the teen daughter she gave up years ago. Chloe (Lucy Boynton – who was so good in last year’s Sing Street) wants nothing to do with her mum until buddy Danny goes missing and Chloe suspects the long dead neighborhood witch is to blame.

A mishmash of horror tropes follows as Chloe and her mother believe idiocy and do ridiculous things.

There’s also a beautiful foreigner spinning hocusy pocusy nonsense, which is straight out of every “her husband left town and something supernatural is happening” piece of garbage ever to be set to film.

Lucy Boynton has talent. Katee Sackhoff, as far as Don’t Knock Twice exposes, does not. Her flat delivery never suggests the maternal devotion meant to drive her character’s actions and her chemistry with the rest of the cast is nonexistent.

The main trouble, however, is James. He cannot create a cohesive mythology, which is especially important in supernatural horror. Very little holds together and even less holds your attention.

It’s a mystery, you see – one that routinely mentions doors without ever really doing anything with that; one that returns repeatedly to clues just to pretend they mean something different this time; one that asks you to accept that a conscious human could find a box of evidence in her own art studio and not ask, “Hey, how did this get here?!”

And worse yet, it’s dull.