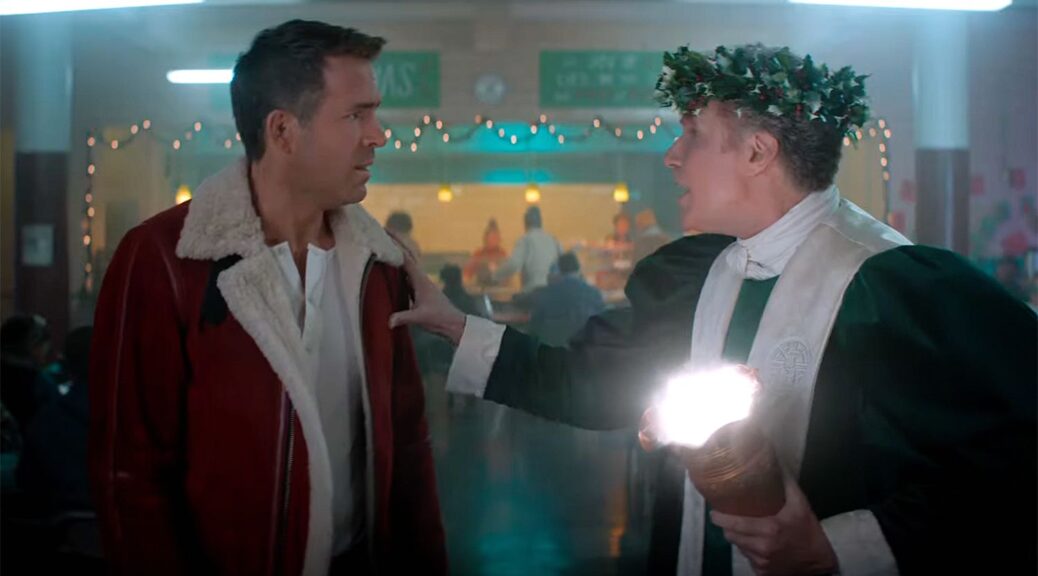 Turns out, the afterlife is a musical!

And Spirited knows that’s not everyone’s idea of heaven, which just becomes another part of its holiday charm.

Director and co-writer Sean Anders (Instant Family) takes a cue from Wicked by spotlighting the little-known good side of a classic villain. What happened to Ebenezer Scrooge after his change of heart? Well, he re-teamed with Jacob Marley in the Great Beyond, leading a firm that haunts more Earthly souls into redemption.

And the Ghost of Christmas Present (Will Ferrell) has a tough assignment in Clint Briggs (Ryan Reynolds). Clint’s a smug mix of “Mussolini and Seacrest,” a media chaos and disinformation specialist that Marley (Patrick Page) calls unredeemable.

But Present, Past (Sunita Mani) and Yet-to-Be (voiced by Tracy Morgan) get the assignment, which only gets more complicated when Present’s attraction to Clint’s assistant Kimberly (Octavia Spencer) has him contemplating a return to human form.

It’s high concept, but the ensemble cast is all in, the production design sparkles and the original songs from The Greatest Showman‘s Benj Pasek and Justin Paul feature at least a couple of future holiday classics. Okay, “Good Afternoon” might not technically be a Christmas song, but it’s Pasek and Paul’s hilarious answer to Scrooge‘s “Thank You Very Much” and is going on my playlist right now.

And while there are no great singers here, that’s a detail rendered more and more minor as the surprise cameos, meta asides and winks thrown at musical tropes create a “let’s all sing and dance” vibe that’s hard to resist.

Ferrell and Reynolds share a likable chemistry only old Scrooge himself would dismiss. But underneath all the jokes and pizzazz, you will still find some character arcs here, and one surprisingly dark turn on Clint’s toe-tapping road to redemption.

It’s been nearly 20 years since Ferrell’s done Christmas (some of us have been counting), and it’s easy to see why he thought Spirited was the big ticket item he couldn’t pass up. Yes, the two-hour run time would benefit from a slight tree trimming, but this is a film some households will make required viewing for plenty of seasons to come.

And for the others…