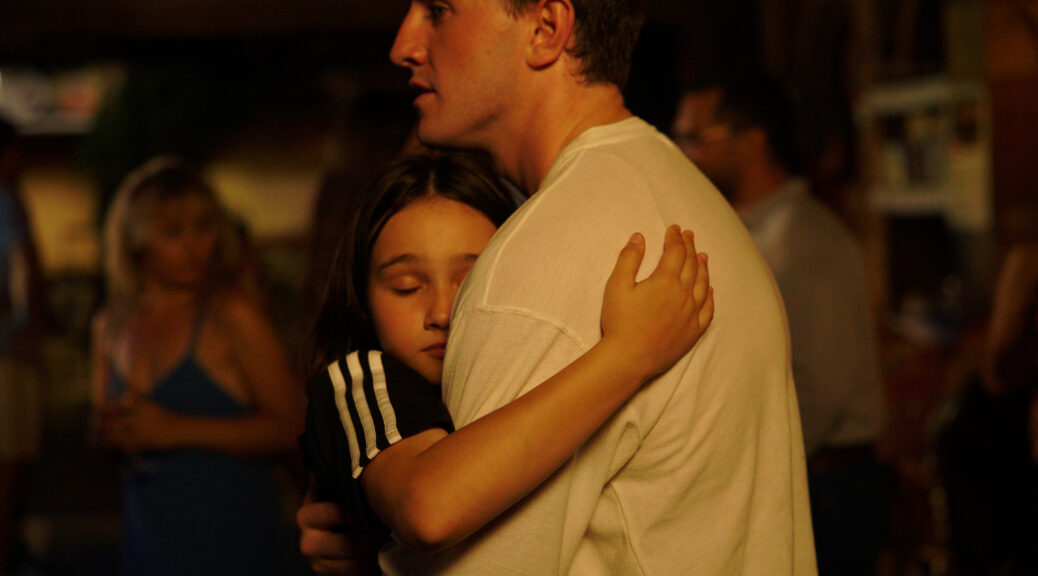 When you were 11, what did you think you would be doing now?

For a lot of parents encountering this query from their own 11-year-old, a joke might ward off any painful introspection. For Aftersun’s Calum (a riveting and tender Paul Mescal), the long silence seems to echo with more than just unreached potential.

Calum and his preteen daughter Sophie (Frankie Corio, remarkable) spend a holiday together in Turkey sometime in the mid-1990s, judging from the tech, which includes Sophie’s digital8 camcorder.

While the blurry, fragmented, buzzing presence of camcorder images is a long-tired filmmaking crutch, writer/director Charlotte Wells gives it deeper purpose. The fractured, off-center but intimate footage mirrors Sophie’s fuzzy memory. The gaps in reality, and the distance between what something looks like and what’s really going express adult Sophie’s (Celia Rowlson-Hall) struggle as she looks back on the fraught relationship between her younger self and her distant father.

The film moves at a languid pace, but Wells repays your patience with a rich and melancholy experience. Like Sophia Coppola with her similar Somewhere, Wells and cinematographer Gregory Oke capture palpable longing, nostalgia and heartbreak.

Neither film structures a tidy narrative, instead trusting viewers to pay attention and piece together fragments to form a whole image. Wells also benefits from two bruised but buoyant central performances that help you see what’s not being told and feel what characters are trying to keep hidden.

Mescal’s charming, innocent, awkward father is as much the memory of a lost daughter as he is a flesh and blood man. His performance aches with authenticity, and Mescal’s chemistry with young Corio only furthers that poignant realism.

Though the loose narrative may frustrate some, as a work of remembrance, Wells’ first feature film delivers something powerful and powerfully impressive.