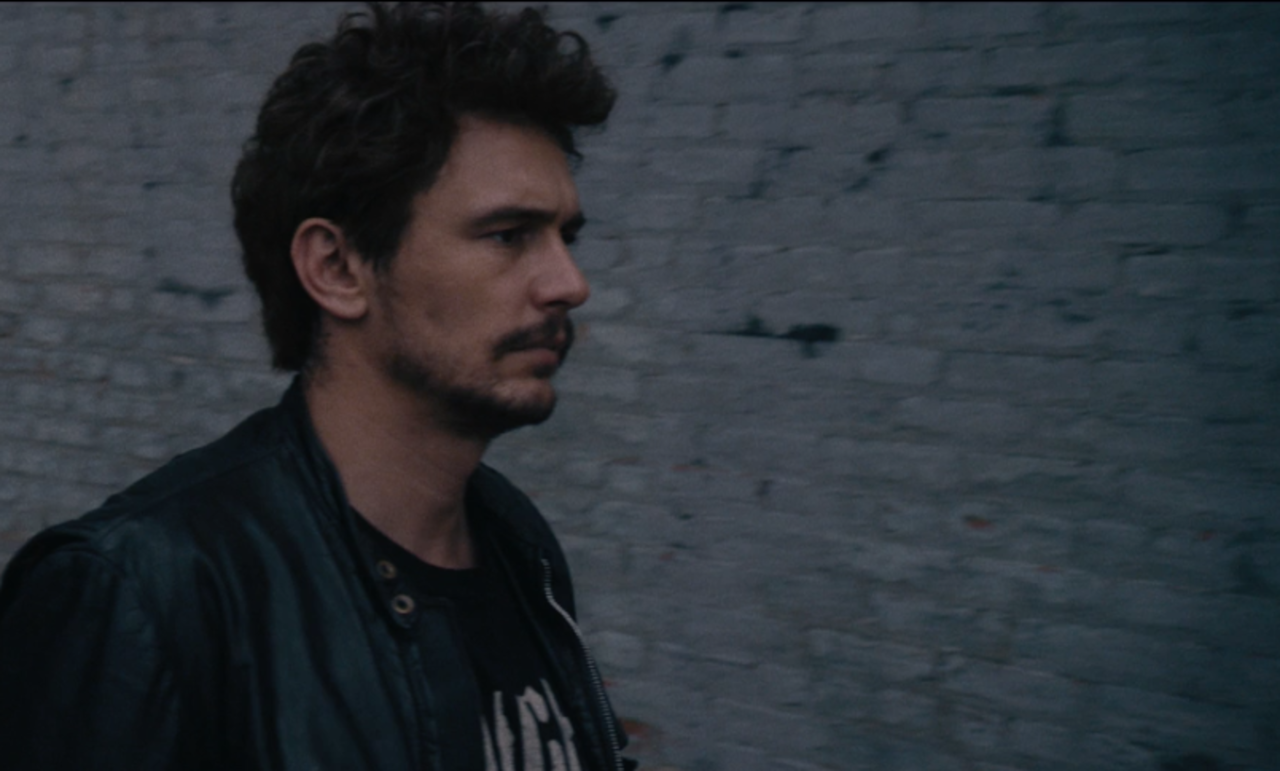 James Franco is nothing if not prolific. The Adderall Diaries was his 8th completed feature slated for release in 2015. He is a frenzy of artistic ambition and he deserves credit for embracing independent filmmaking as well as bigger budget stuff, doling out comedies and dramas in between arty TV bits. But maybe if he slowed down a little, some of the material would be better.

In Adderall Diaries, Franco plays Stephen Elliott, the real-life writer who penned the nonfiction text on which the film is based. As Franco depicts him, Elliott is a self-destructive man-child wallowing in self-pity.

What caused his sour mood? An adolescence of abuse at the hands of a father he pretends is dead (in print and in public, no less). When Dad (Ed Harris) shows up in the flesh at a book reading, Elliott’s cushy world falls to pieces. Combine that with writer’s block and a misdirected interest in a high-profile murder trial, and what can Elliott do but snort, smoke, shoot, and pop every substance he comes into contact with?

There is something interesting buried here about how we use our own memories to justify our behavior, or about how writers are inherently liars, or a bit of both – hard to say because it’s never fleshed out or clearly articulated. But boy, the old ‘downward spiral of the artistic genius’ thing – that is hard to miss.

Though Harris turns in a characteristically strong performances, all other supporting turns are perfunctory at best, which leaves us with little but Franco’s whining protagonist to cling to.

Writer/director Pamela Romanowsky flails about with indie director clichés, creating an overly-filtered world of seediness and confused flashbacks, while her prose cannot deliver the introspection required to make an audience invest in what happens to Elliott.

Subplots go nowhere – the murder trial, in particular, feels as if it should mean something imperative but seems needless and tacked on. Relationships, the writer’s craft, self-examination and anything else the film attempts to tackle are too muddled to stand out. Even Franco’s damaged writer seeking redemption bit is so tired, and the character so unlikeable, that it’s just hard to care about the film’s outcome.