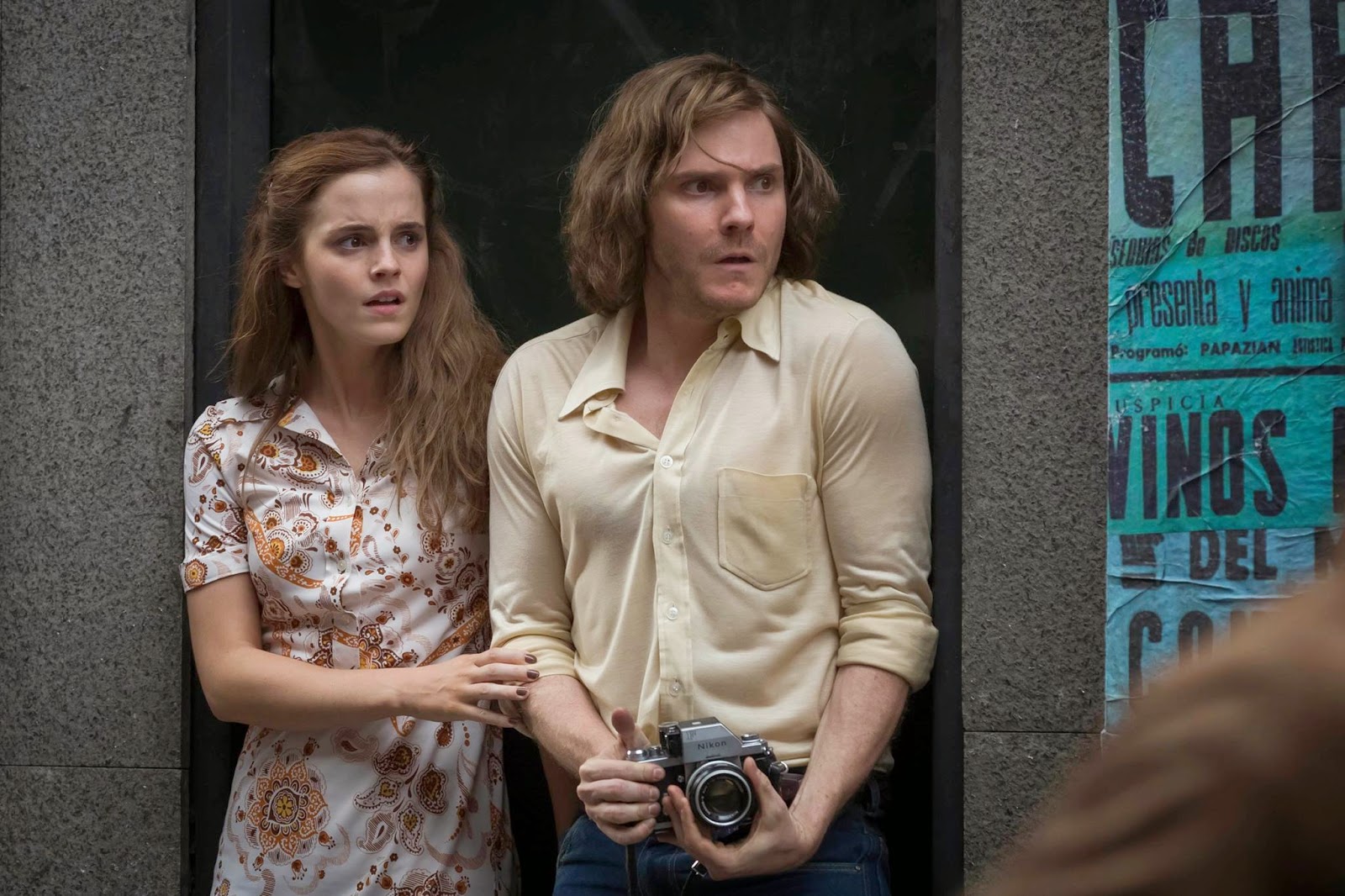 On the surface, Colonia is a pretty film. The leads are attractive, the period setting lends both nostalgia and an otherworldly quality, and there are some beautiful shots. Despite being based on true and rather horrifying events, however, the film lacks depth.

Florian Gallenberger both directed and co-wrote Colonia, and he seems to shy away from getting too involved with the political details. The story follows two international lovers who find themselves imprisoned at creepy cult camp Colonia Dignidad during the Chilean military coup of 1973. The true events simply serve as a back drop, unfortunately.

Lena (Emma Watson) asks about the crowd holding up her taxi, “Why are they protesting?” Her driver replies vaguely, “Inflation? Food shortages? It is getting very bad now.”

At its open, there is a raw brutality which serves as a painful reminder of what social injustice looked like before the smart phone. Daniel (Daniel Brühl ) is spotted by military police attempting to document their indiscretions with a bulky film camera. This is where both relevancy and homage seem to fade, however. Once Daniel is taken to the colony, the film mostly devolves into a standard thriller featuring an attractive young couple.

Brühl plays Daniel with a sweet subtlety which is not lost in moments of passion or desperation, but rather heightens the reality of his character.

Watson, on the other hand, is wasted as Lena, who lacks both intensity and lines despite immense screen time. There is little to no chemistry between Lena and Daniel, and once they are reunited, they navigate an endless series of near misses with relative ease. There is little doubt that they will survive.

Paul Scäfer (a marvelous Michael Nyqvist) is so mesmerizing and terrifying at the same time, I found myself hoping he’d be in the next scene. He oozes delusion and power. His second in command, Gisela (Richenda Carey) balances positions of power and weakness, and her character becomes more complex as the narrative moves on, a rarity in this film.

Unfortunately, the film does not delve into how Scäfer came to be a god amongst his followers. It also failes to explain exactly how the camp is connected to the military. Lena serves as our eyes for the majority, and we discover along with her. When the film stops being about the camp, it becomes boring and predictable, despite its pacing.

Colonia has beautiful, eerie, and beautifully eerie moments. The cast gives a worthy effort and Emma Watson’s eyebrows look amazing, but none of this star power is enough the raise this film beyond a “meh.” You’re left wondering why a film lacking resolution is two hours long in the first place.