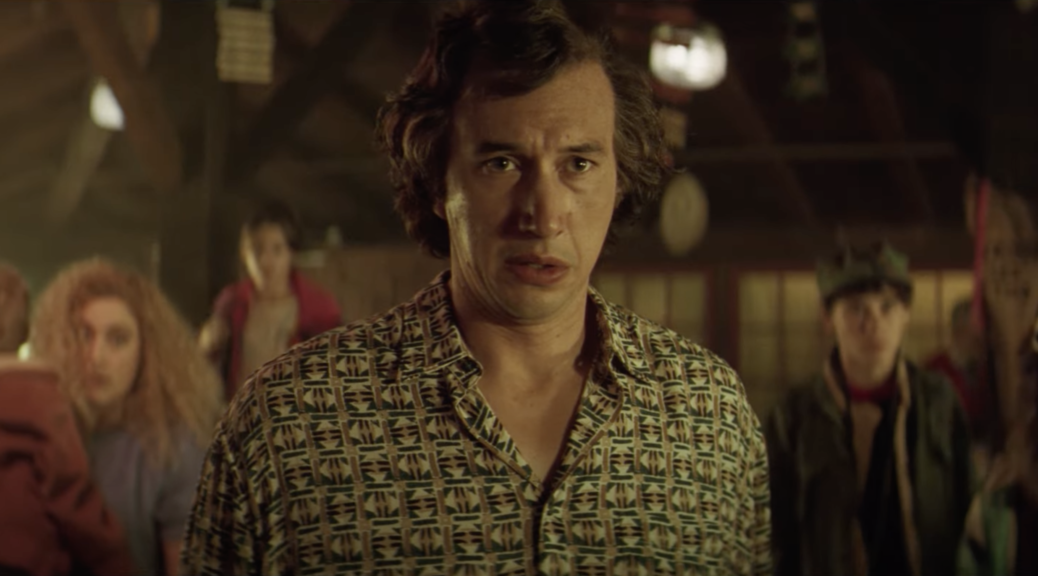 With an unusual foray into developing someone else’s work for the screen, Noah Baumbach delivers a satirical fantasy penned in 1985 that speaks so clearly of 2022 it’s almost absurd. Which makes the filmmaker’s approach to Don DeLillo’s White Noise that much more fitting.

The film follows Jack Gladney (Adam Driver) – pioneer in the field of Hitler studies at the College on the Hill – his wife Babbette (Greta Gerwig), her important hair, collective trauma and pudding pockets.

Jack is so preoccupied preparing for the international Hitler conference that he fails to notice how distracted Babbette has become. Denise (Raffey Cassidy), the oldest of their combined four children (one is Babbette’s, two are Jack’s, one belongs to both), notices. Her interest sets off a covert investigation that can’t even be slowed by the toxic airborne event that sends the family, station wagon and all, into quarantine.

The fascinating ensemble also includes Don Cheadle, whose Murray is hoping to establish an Elvis Presley power base at the university, and could use Jack’s in giving his plan more relevance.

The 2+ hour adventure takes unexpected turns, as does the tone of the film itself. Droll, prescient satire makes way for National Lampoon Vacation-esque exploits before finding a grim if tender resolution.

The rapid-fire dialog keeps hammering away, as if characters are talking at us rather than to each other. On its face, this wouldn’t seem to be the best approach for effective film satire. But in time, the terrific cast carves out a strange, comfortable world for the many declarations to live, and Baumbach nurtures an ironically effective strategy for realizing the novel’s many big ideas.

Check that, in the mid-80s these ideas were big. Now, they cast a post-internet and pandemic shadow that may be darkly comic, completely depressing, or both. From conformity to death culture, the cult of personality to disinformation and the warm embrace of consumerism, White Noise miraculously finds madcap, anxious entertainment in the blissfully unaware.

True to its title, White Noise throws plenty at you almost all the time. And while the overriding aesthetic wallows in a bemused detachment, the film ultimately embraces important details that hint at actual warmth. It’s a film that might leave you giggling, scratching your head, or convinced that we’re all doomed, but you’ll be damned near helpless against the strange beauty of synchronized shopping.

2 thoughts on “Come On Feel It”