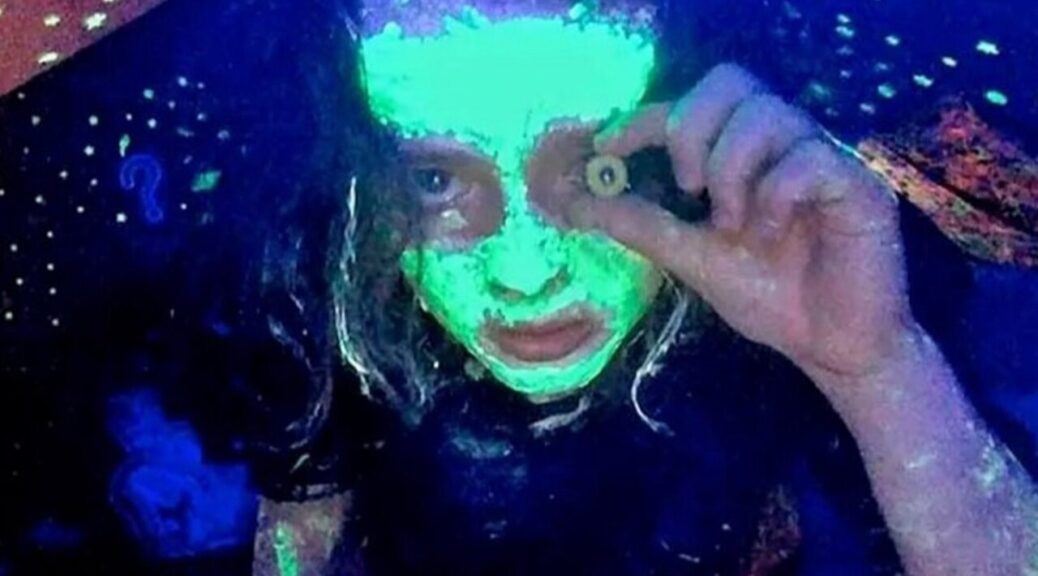 We’re All Going to the World’s Fair

It’s hard to imagine any filmmaker creating something exciting and fresh inside of the found footage subgenre in the year 2022. Since The Blair Witch Project burst onto the scene over 20 years ago, found footage has touched on haunted houses, monster invasions and even alien abductions. Honestly, if you name it, there’s probably been a found footage movie made about it. In We’re All Going to the World’s Fair, director Jane Schoenbrun dials back the visual trickery, and instead crafts something much more intimate, yet equally terrifying.

Anna Cobb is Casey, an isolated teen who has become obsessed with an online role-playing horror game. Dividing her time between her attic bedroom, the detached garage on her property, and the nearby woods, Casey begins to document what she thinks are changes to her body and mind due to the game.

Schoenbrun allows many scenes to play out in long, uninterrupted takes. Whether it’s Casey talking to the camera, or a static shot of her sleeping, this approach wrings the tension out of even the most mundane. We’re always waiting for something to happen. Sometimes it does. Sometimes it doesn’t. The not-knowing is the worst.

We’re All Going to the World’s Fair also cleverly plays with form. Schoenbrun isn’t afraid to leave found footage behind and take a more traditional narrative approach. The filmmaker still expertly keeps the movie tapped into the immense isolation Casey and her online friend JLB (Michael J. Rogers) feel. Outside of other online testimonials, Casey and JLB are the only two characters we clearly see in the entire film.

There’s always the question of whether what’s happening to Casey is real or just a byproduct of internet obsession. It’s easy to point to this young character and say, “See! Teens are soooo addicted to the internet,” yet, the film wisely juxtaposes Casey with JLB and his equally monotonous existence. The film leaves so many tantalizing questions dangling, but any answers offered up would never satisfy the ones in our head.

We’re All Going to the World’s Fair plays with theme and character much more than it does with on-screen carnage. However, it doesn’t take shadows dancing in the corner of the frame to create chills and thrills.

One thought on “Ch-ch-ch-ch Changes”