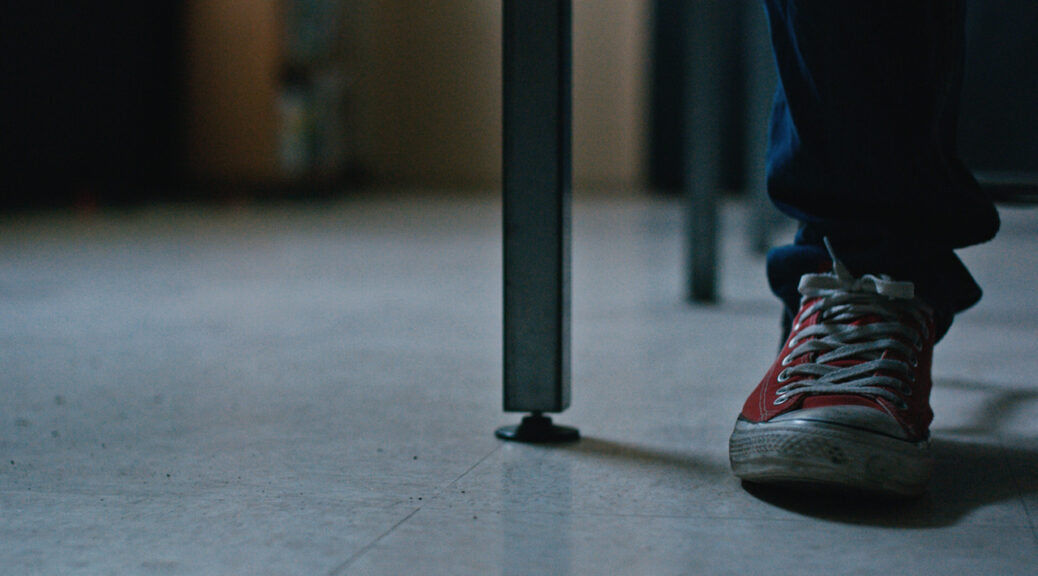 Tim McGrath survived the shooting at a midnight screening of The Dark Knight Rises in Aurora, Colorado. He shares his story in the docudrama, Surviving Theater 9.

McGrath not only wrote and directed but also plays himself in a film that focuses on what transpired before and after the event. Keeping his runtime to a brisk 49 minutes, McGrath narrows his focus to three survivors: himself, a teenager who went to the screening with his brother, and a woman whose brother was killed in the shooting.

The most affecting moments are the scenes that focus on what happens after. Some of it is appalling to consider: a neighbor who accuses a woman of exploiting her brother’s death; a law school committee that listens heartlessly as a student tries to appeal their decision to suspend him; a teacher who doesn’t understand her student just needs a moment alone.

Though the Before moments want to give the audience a chance to get to know these three, perhaps the shortness of the film’s runtime is to blame for the lack of depth. Surviving Theater 9 might have been more poignant if the survivors had been allowed to speak for themselves in a documentary, but you can see that this story might be easier to tell through another person’s point of view.

McGrath might have been wiser to restrict the timeline to a chronological retelling. Instead, he skips from After to Before and back again, creating gaps in the timeline. You’re left wondering about the fate of a cousin who accompanied McGrath to the theater, because it’s hard to recall if he appears in the After sections or only the Before sections.

McGrath’s goals are understandable, but flaws in the filmmaking detract from the experience.

Wisely, McGrath does not focus on the shooting itself. We’re given only minor moments of the chaos and terror that happened inside theater 9 because this isn’t the shooter’s story. Nor is it the story of the event. It’s about the survivors and the story they need to tell.