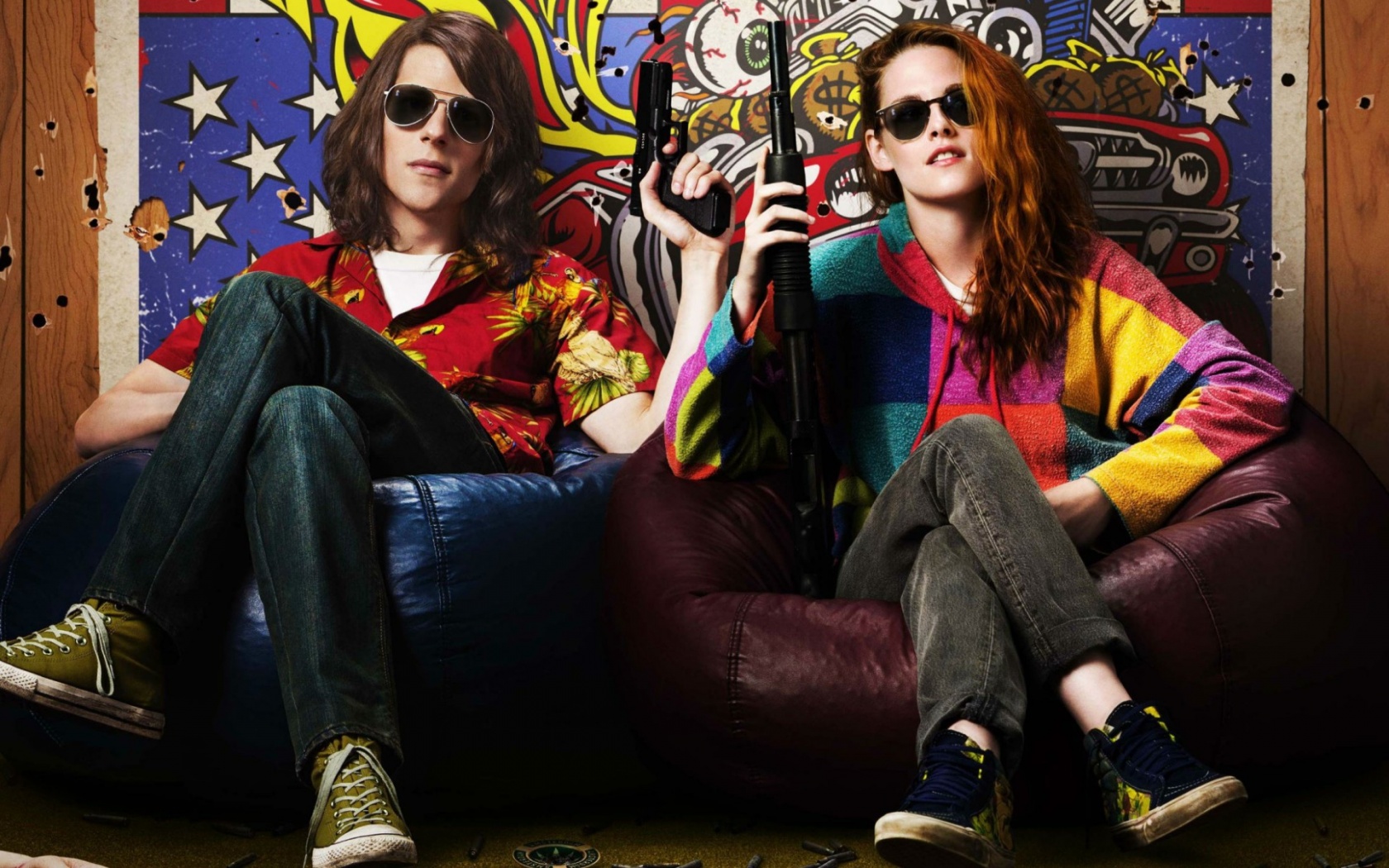 Here’s the pitch: what if Brad Pitt’s Flintstones-watching stoner from True Romance was actually a highly trained government operative who can kill you with nothing but a spoon and a cup of soup?

So why can’t American Ultra fully capitalize on that promise?

Okay, its not really Floyd from True Romance – he’s baking comfortably in the stoner Hall of Fame – it’s Mike (Jesse Eisenberg) from the Cash and Carry mini-mart in Liman, West Virginia. Mike plans to propose to his live-in girlfriend Phoebe (Kristen Stewart) during a romantic trip to Hawaii, but they never make it on the plane.

Mike suffers strange panic attacks anytime he’s about to leave town, but that seems like a minor problem once CIA agent Victoria Lasseter (Connie Britton) visits Mike at work and keeps repeating a strange phrase. Turns out Mike is really a sleeper agent who’s been suddenly branded a liability, and Victoria needs Mike to wake up before he’s taken out.

Writer Max Landis, much as he did with Chronicle, pieces together a winning premise from parts of differing genres. We think we know what to expect from weed-soaked characters, but breaking out the MacGyver shit to bust open some heads is not on the list. Throw in plenty of spy game skullduggery, and there’s ample opportunity for black comedy that the film only partially explores.

Director Nima Nourizadeh (Project X) seems equally caught in a pattern of two steps up and one back. He unleashes stylish, well-paced bursts of action, followed by slow-moving exposition and then back again, sometimes punctuated by isolated bits of sharp comedy just looking for a home.

On paper, Eisenberg seems miscast, but he’s able to make both extremes of Mike’s character blend surprisingly well. Stewart continues her recent winning streak in the film’s early going, excelling as Mike’s sweetly sympathetic love. Once Phoebe’s true motives come to light, though, it’s back to the well worn K-Stew pained expression once too often.

A little too slow to be action packed, a bit too nasty to be fun-filled, American Ultra seems held back in a familiar haze. It’s got plenty of good ideas, but just when they really start to gel, it decides to just watch some cartoons instead.