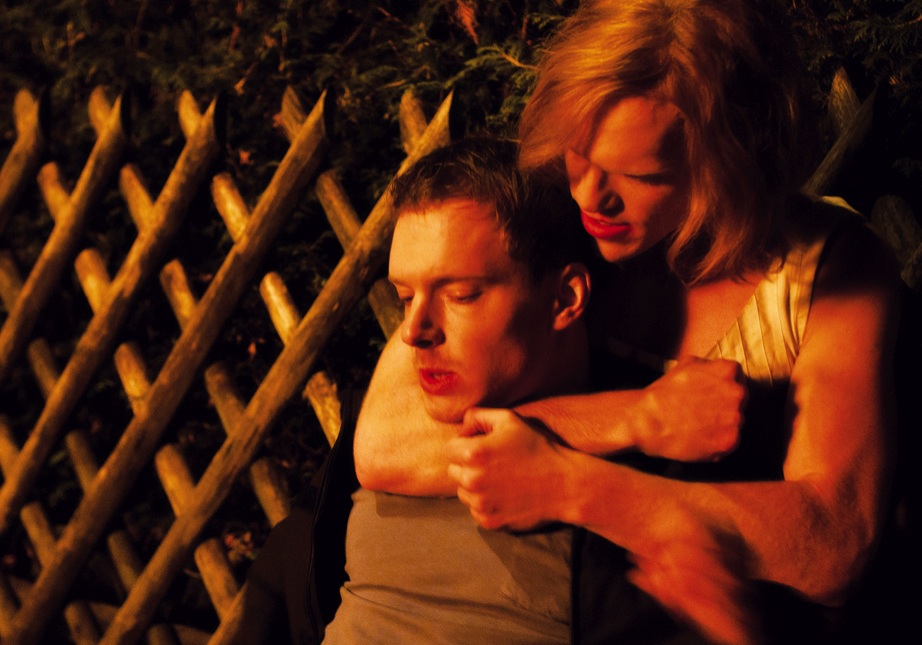 Jakob, an entirely unintimidating police officer in a remote German berg, has been charged with eliminating the wolf that’s frightening villagers. Moved by compassion or longing, Jakob can’t quite make himself accomplish his task – a fact that villagers and his commanding officer find predictably soft. But a chance encounter with a wild-eyed stranger wearing a dress and carrying a samurai sword clarifies that the wolf is probably not the villagers’ – or Jakob’s – biggest problem.

Pit Bukowski cuts a peculiar but creepy figure as the Samurai – kind of a cross between Iggy Pop and Ted Levine (The Silence of the Lambs’s Buffalo Bill). His raw sexuality offers the perfect counterpoint to the repressed Jakob (Michel Diercks). As their cat and mouse game gains momentum, it appears the Samurai is here to upend all of Jakob’s inhibitions by eliminating anyone keeping him from embracing to his primal urges – getting “rid of the blockage once and for all.”

That’s what the sword is for.

Not that Kleinert’s content to take a naturalistic path all the way through. His tale has roots in old Germanic folklore, so the director peppers the film with enough magical realism to evoke that dreamy – in this case, nightmarish – childhood logic.

It’s a beautiful film about embracing or forever suppressing your inner monster, but this is no ordinary Jekyll and Hyde retread. Kleinert’s vision is steeped in sexuality and sexual identity, giving it a fascinating relevance often missing in this style of horror film.

The film pulls you along with a “Will he or won’t he? Is he or isn’t he?” kind of tension, and at times you’ll fear that you’ve figured out a plot twist in advance, but Kleinert is never that obvious. Though the resolution is not as surefooted as the rest of his film, the overall effort is a uniquely memorable affair.