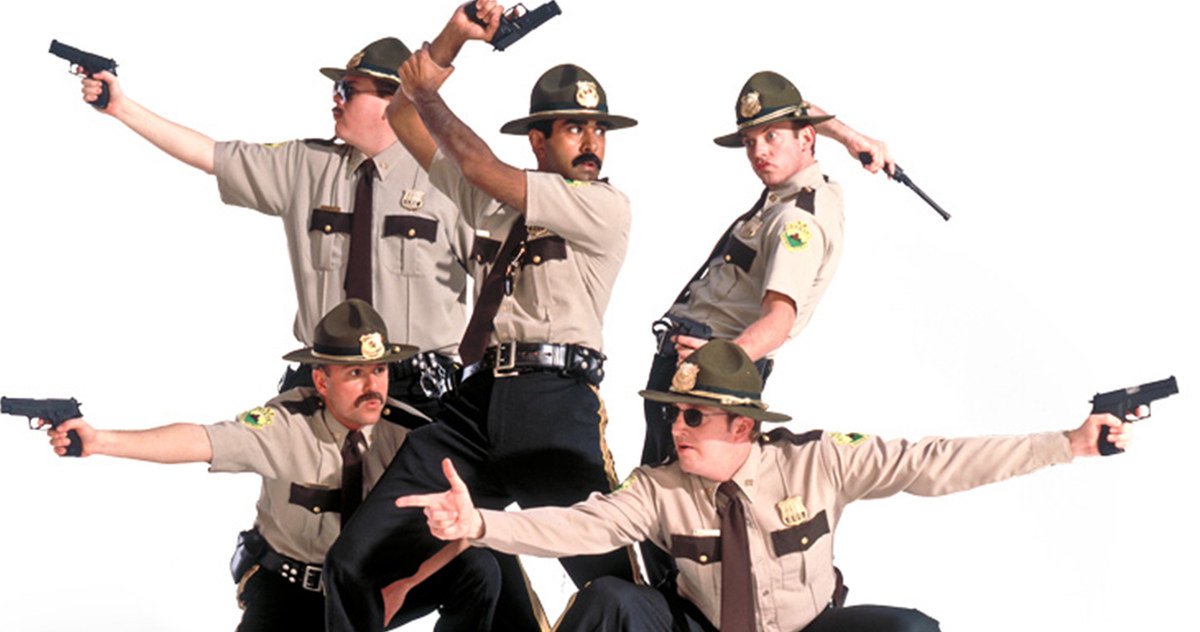 If you’ve been holding your breath for another Super Troopers, let’s face it, you’re long dead.

But after 17 years, the Broken Lizard gang is back with more of the same stupid gags from that doofus crew in the Vermont Highway Patrol.

Well, technically, the crew has been relieved of duty since the “Fred Savage ride-along incident,” but destiny finds them at the Canadian border. After a rare border reassessment, a small Canadian town (with a winning Rob Lowe as the local mayor/bordello owner) must begrudgingly accept that it will soon become a small American town. To ease the jurisdictional switch from Mounties to VHiPs, Captain O’Hagan (Bryan Cox) reaches out to his old cohorts with the defiant cry of “stoners assemble!”

He really doesn’t do that, but you get the idea. The guys are still stoners.

Apparently inspired by an actual border situation, the film digs in for plenty of sophomoric antics about polite Canucks, boorish Yanks, body parts, bad puns and how each side pronounces “sorry.” There are easy targets and cheese aplenty, but some laughs do get squeezed out, mostly from sheer commitment to the familiarly low bar of the original.

The writers/director/stars in the BL gang are aiming to please, and understandably so. They’re here thanks to cultish fans and a crowdfunding boost, so giving the Troopers troop what they want, including at least two inspired callbacks to that first film, is a sound strategy. It’s just not a consistently hilarious one.

The verdict is pretty simple: if you liked the first one, you’ll like Super Troopers 2.

Either way, stay for the Fred Savage thing.