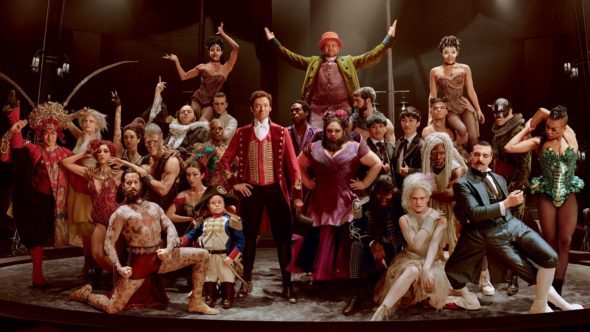 In so many ways, The Greatest Showman is a wildly inappropriate vision of the life of PT Barnum—a politician, spokesman for temperance, abolitionist and, above all things, an outsized promoter and self-promoter. He’d been all these things for decades before he dipped his toe into the circus industry, but what fun is that story?

Let’s rewrite. We need romance, lessons, heartwarming children and resolvable, tidy drama. Barnum as a tot, working dirty-faced and split-shoed besides his father, tailoring for Dickensian clients and wages. But he has dreams. Big dreams.

Yes, the film simplifies the actual story of Barnum’s life to its barest lessons-to-be-learned minimum. The oversimplification spills into the core conflict (of many) in the man’s actual history: his presentation and monetization of “human curiosities.”

But maybe that’s where this movie is closest to the truth. It is selling you an enjoyable time, spinning your head with breathless setpieces, color, glamour, surprise, happiness. Sleight of hand. And at the same time selling the tale that, no matter how Barnum may have used these people for his own profit, this is really a story of empowerment.

“Some critics might have even called this show a celebration of humanity,” says Barnum’s harshest critic, New York Herald writer James Gordon Bennett.

As genuinely if superficially enjoyable as The Greatest Showman is, there is something unseemly in embracing so tidy a view.

Still, Hugh Jackman—maybe the most charismatic performer in modern film—is in great voice in yet another big, big musical. His earnest likeability and exuberance convince you to disregard your instincts on this film just as surely as his Barnum uses the same tactics to lure uncertain outcasts out of the shadows and onto the stage.

Michelle Williams fares less well as Barnum’s wife Charity, saddled as she is with the bottomless devotion and forgiveness that is the mark of the underwritten spouse character. Rebecca Ferguson mines for emotional clarity in a small role and a magnetic Keala Settle is a natural fit for the heart and soul of Barnum’s “curiosities.”

Director Michael Gracey, working from a script by Jenny Bicks and Bill Condon, crafts a Moulin Rouge-esque vision that transports you, which is appropriate when tackling the life of PT Barnum.

It also works to convince you that all this—the spotlight, the manipulation, the exploitation, the laughter and the admiration—was the best possible thing for Barnum’s performers.

Barnum might have liked that spin, too, but maybe that’s the problem.

← Let’s Get Small
The Pitch is Back →
Scroll Up