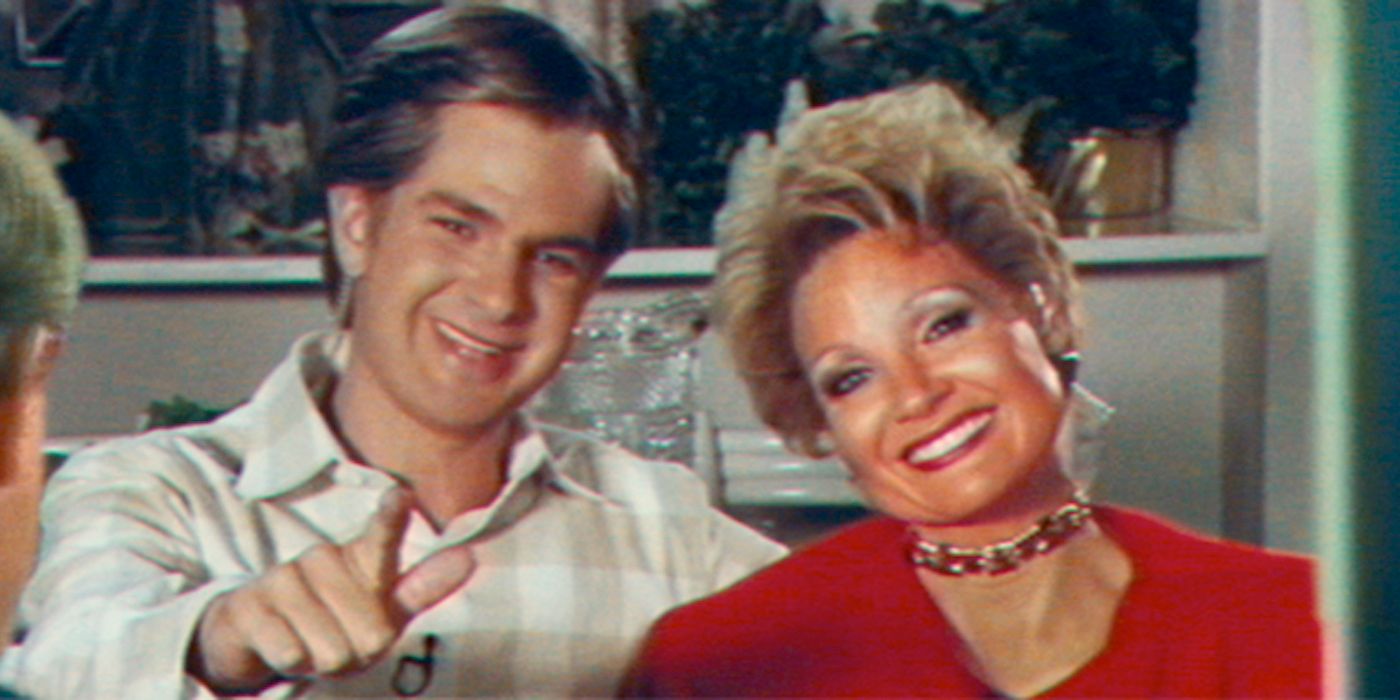 The Eyes of Tammy Faye

Some facial prosthetics and a crap ton of makeup give Jessica Chastain the physical features of Tammy Faye Bakker, but it’s the way Chastain embodies Bakker’s sympathetic garishness that ultimately keeps your eyes on The Eyes of Tammy Faye.

Tammy Faye LaValley met Jim Bakker (Andrew Garfield) at Minnesota’s North Central Bible College in the early 1960s, but both had to drop out when they got married. Taking their endlessly upbeat sermonizing on the road, they developed a mix of song, scripture and puppet shows that was a perfect fit for television.

After launching The 700 Club for Pat Robertson’s Christian Broadcasting Network, Jim and Tammy set out to build their own empire in 1974 with the PTL (Praise the Lord) Club. The show’s massive success led to an entire PTL TV network and then to Heritage USA, a Christian-themed theme park and retreat in South Carolina.

And then, of course, it all crashed in the late 1980s, under a wave of sex scandal, bankruptcy, and Jim’s conviction on fraud and conspiracy charges.

Taking inspiration from the 2000 documentary also titled The Eyes of Tammy Faye, director Michael Showalter (The Big Sick, Hello My Name Is Doris) and writer Abe Sylvia (TV’s Nurse Jackie and The Affair) make this an unabashedly sympathetic portrait. And while capitalizing on Chastain’s excellence is entirely understandable, it comes at the expense of developing some other major players (Garfield’s Bakker, Vincent D’Onofrio as Jerry Falwell) that could have deepened the overall context.

Only the great Cherry Jones, as Tammy Faye’s mother Rachel, is given the space for nuance, and it is this mother-daughter dynamic that gives the film its heart.

Though the Tammy Faye persona is outwardly cartoonish, Chastain shows us a woman driven to make others feel the love that she did not; a wife unafraid to fight for her seat at the table; and a Christian committed to loving, helping and forgiving. An advocate for the Gay community in the early days of the AIDS epidemic, Tammy Faye also championed social programs for the poor and even brought the subject of penile implants to Christian TV.

And all of those revelations make the moments when Showalter’s tone flirts with patronization all the more curious. Late in the film, Tammy Faye admits to “loving the camera” and a producer simply asks, “Why?” Though it lands as the moment Showalter and Sylvia have been building toward, they ultimately move past it as a frustrating afterthought.

If the goal here was to spotlight an award-worthy lead performance in an entertaining hat tip to Tammy Faye, well then mission accomplished.

But the frequent use of real news broadcasts and headlines – paired with an early look at the strategy behind Republican Jesus – make us eager for a broader context, one that The Eyes of Tammy Faye misses by a false eyelash.

One thought on “Beyond Pearlygate”