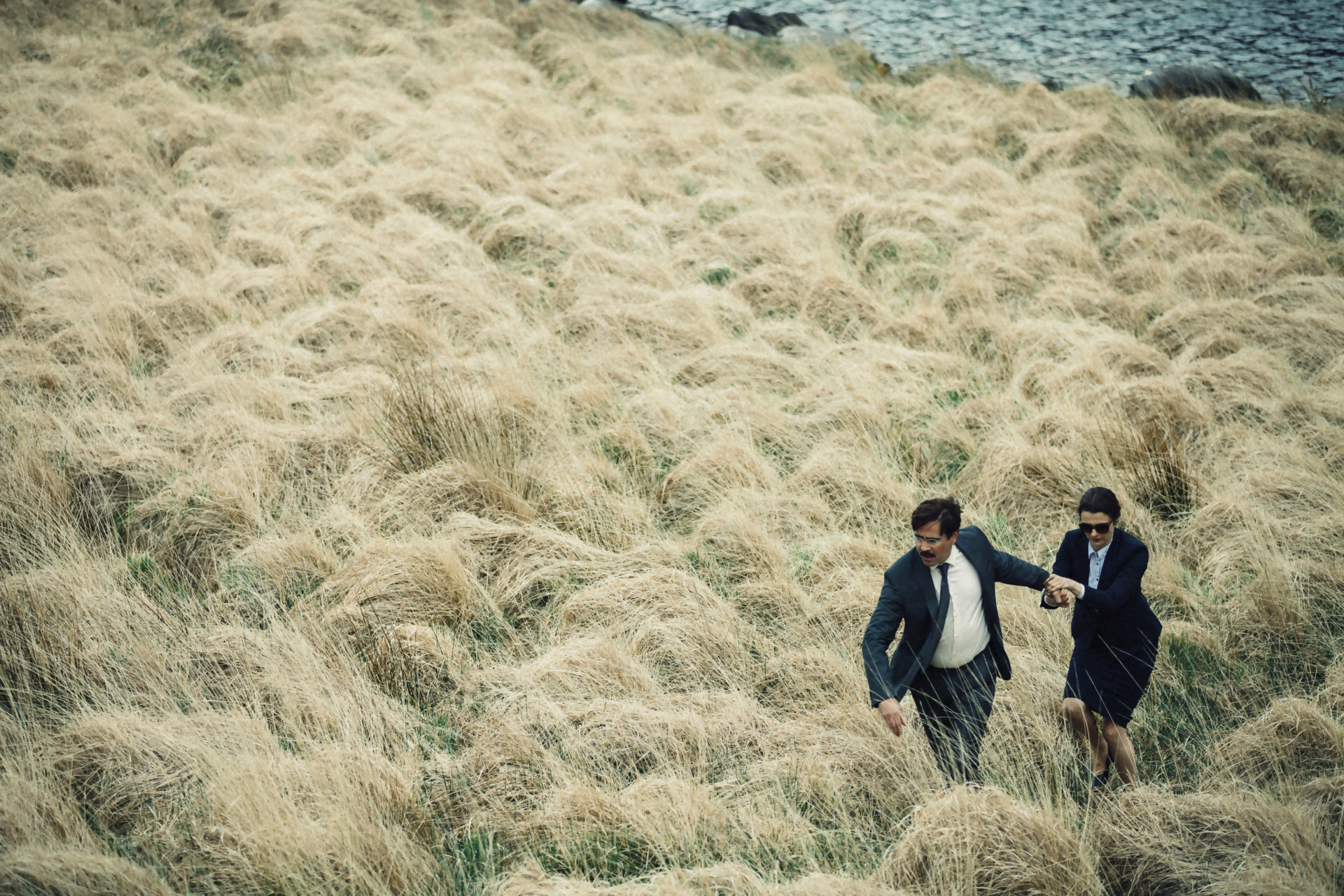 How to describe The Lobster?

Imagining how Charlie Kaufman might direct a mashup of 1984 and Logan’s Run would get you in the area code, but still couldn’t quite capture director Yorgos Lanthimos’s darkly comic trip to a future where it’s a crime to be single.

Shopping alone at the mall? Think again, or be ready to prove your couplehood to authorities.

Singles are sent to The Hotel, where they have 45 days to find a partner or be turned into the animal of their choosing, thus giving them a second chance to find a companion. But even then, they are taught to choose wisely because, “a wolf and a penguin could never be together, that would be absurd.”

These are the big decisions weighing on David (Colin Farrell). After his wife leaves him for another man, David checks in, declares a lobster as his preference for a possible second life, and begins the search for a new mate.

Eventually, it leads him to the woods surrounding The Hotel, where he meets a group of fugitives led by Loner Leader (Lea Seydoux), who explains their equally strict, yet polar opposite social guidelines. (“We dance alone, that’s why we only play electronic music.”) David and Short Sighted Woman (Rachel Weisz) rebel and grow closer, then struggle to exist in one society until they feel safe to enter another.

Lanthimos, who also co-wrote the screenplay, crafts a film which ends up feeling like a minor miracle. The Lobster builds on themes we’ve seen before (most recently in Kaufman’s Anomalisa) but bursts with originality, while every setting, from The Hotel to the woods to the city, looks at once familiar and yet like nothing we’ve ever known.

It’s a captivating experience full of humor, tenderness, and longing, even before Lanthimos starts to bring a subversive beauty into soft focus. The Lobster pokes wicked fun at the rules of attraction, but finds its lasting power in asking disquieting questions about the very nature of our motives when following them.