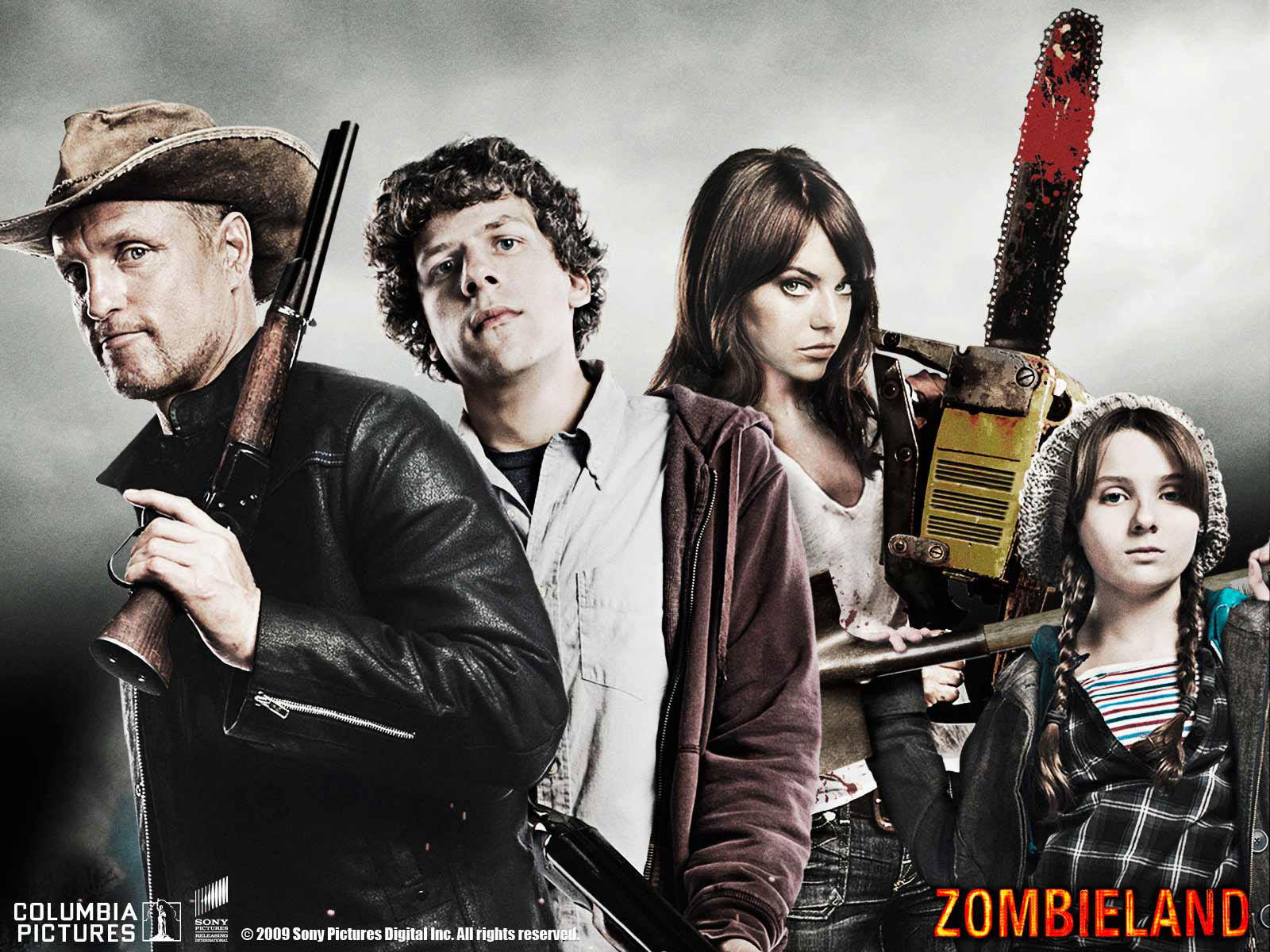 Zombieland is quite possibly the perfect movie. Just when Shaun of the Dead convinced me that those Limey Brits had create the best-ever zombie romantic comedy, it turns out they’d only created the most British zombie romantic comedy. The Yank counterpart is even better, and with this amount of artillery, it’s certainly a more American vision.

Let’s start with the effervescently clever writing. Rhett Reese and Paul Wernick take the tried-and-true zombiepocalypse premise and sprint with it in totally new and awesome directions.

The performances kick ass, also. Thank you Rubin Fleischer for respecting each character enough to allow them a good balance of stupid mistakes, solid decisions and laughs.

Jesse Eisenberg anchors the film with an inspired narration and an endearing dork characterization. Yes, we’ve seen him dork before. One dork nearly won him an Oscar. Still, this is one of his finer dorks.