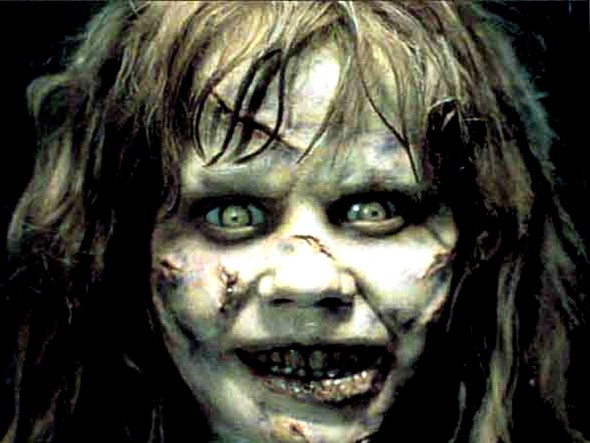 But thanks to an intricate and nuanced screenplay adapted by William Peter Blatty from his own novel, the film boasts any number of flawed characters struggling to find faith and to do what’s right in this situation. And thanks to director William Friedkin’s immaculate filming, we are entranced by early wide shots of a golden Middle East, then brought closer to watch people running here and there on the Georgetown campus or on the streets of NYC.

The voice belongs to Mercedes McCambridge, and she may have been the casting director’s greatest triumph. Of course, Jason Miller as poor, wounded Fr. Damien Karras could not have been better. Indeed, he, Burstyn, and young Linda Blair were all nominated for Oscars.

Remember the stories of moviegoers fleeing the theatre, or fainting in the aisles midway through this film? It seemed like hype then, but watch it today, experience the power the film still has, and you can only imagine how little the poor folks of the early 1970s were prepared.

Even after all this time, The Exorcist is a flat-out masterpiece.

Subscribe in a reader
← Otis, Plug It In
Halloween Countdown, Day 18: Martyrs →
Scroll Up