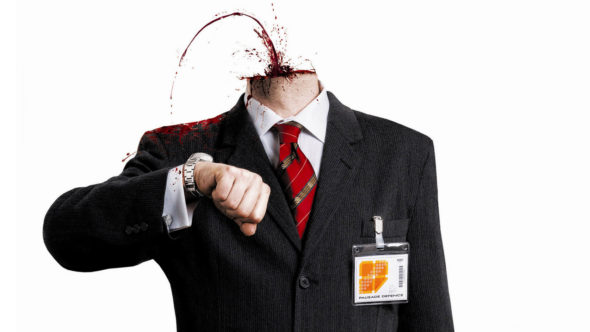 You think your job sucks? Dude, this list of movies will make you thank the lord above for your crappy gig.

Mayhem, the new film from director Joe Lynch, is just that emotional release. It’s fun. Especially if you’ve ever wanted to kill your boss.

Writer/director Craig Zobel – who began his career as co-creator of the brilliant comic website Homestar Runner (so good!) – takes a decidedly dark turn with this “based-on-true-events” tale. It’s a busy Friday night at a fast food joint and they’re short staffed. Then the police call and say a cashier has stolen some money from a customer’s purse.

Harron’s send-up of the soulless Reagan era is breathtakingly handled, from the set decoration to the soundtrack, but the film works as well as a horror picture as it does a comedy. Whether it’s Chloe Sevigny’s tenderness as Bateman’s smitten secretary or Cara Seymour’s world-wearied vulnerability, the cast draws a real sense of empathy and dread that complicate the levity. We do not want to see these people harmed, and as hammy as it seems, you may almost call out to them: Look behind you!

← One Bad Mutha
A for Effort →
Scroll Up