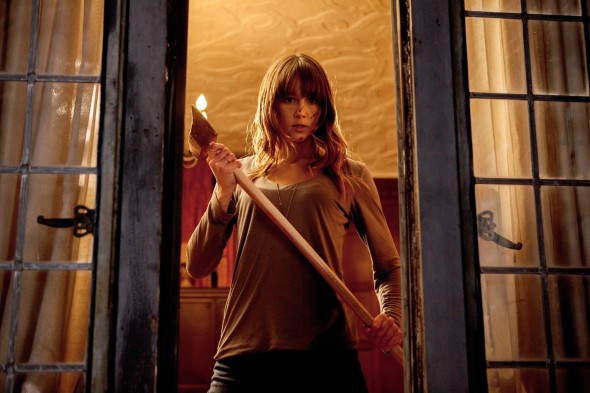 Horror is built, in large part, on the concept of the underestimated woman. What else is a final girl? But the label doesn’t just fit the bloody survivor. There are other women you don’t want to sell short. Mrs. Voorhees, anyone? How about Carrie White? Overlook these chicks at your own peril.

Who are the women of horror you should absolutely not, for any reason, underestimate?

Writer/director Sean Byrne quietly crafts an atmosphere of loss and depression in and around the school without painting the troubles cleanly. This slow reveal pulls the tale together and elevates it above a simple work of outrageous violence.

The Loved Ones is a cleverly written, unique piece of filmmaking that benefits from McLeavy’s inspired performance as much as it does its filmmaker’s sly handling of subject matter. It’s a wild, violent, depraved way to spend 84 minutes. You should do so now.

A widower holds mock television auditions as a way of finding a suitable new mate. He is repaid for his deception.

We’ve put this movie down now and again – mainly because it didn’t quite live up to expectations on first viewing. But there is one thing you can absolutely say for You’re Next – no one saw Erin (Sharni Vinson) coming.

When masked marauders start picking off family members, party plus-one Erin shows off some skills. Level headed, calm, savvy and badass to the bone, she always knows what to do, how to do it, where to nail it, and the most vulnerable spot to land a punch.

No one knew what she had in store for them.

McIntosh never veers from being intimidating, terrifying even when she’s chained. Though she speaks nary a word of dialog, she’s the most commanding presence on the screen. And though Chris Cleek may not yet realize it, the true Alpha is never really in doubt.