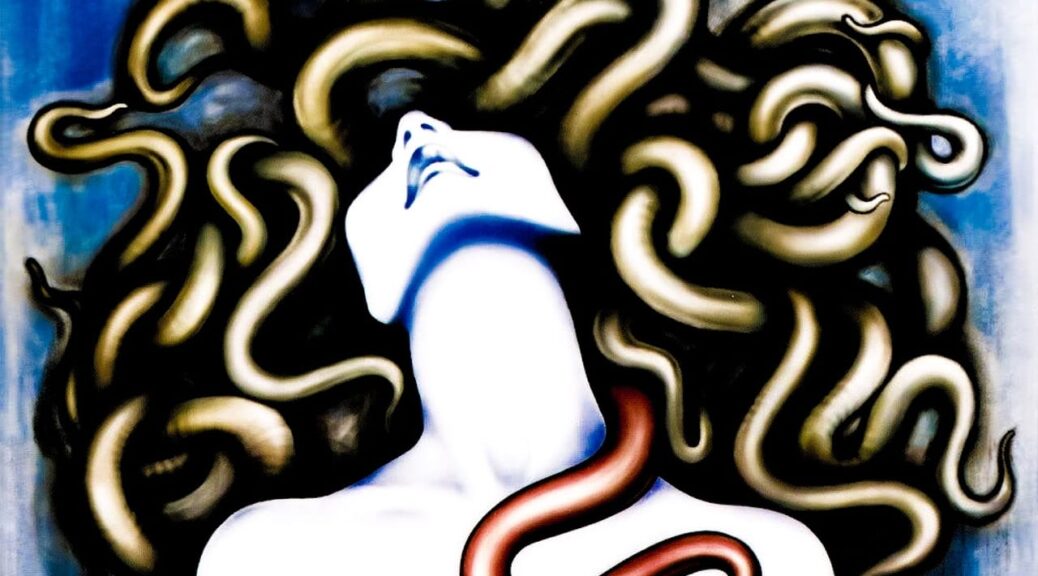 Horror flirts with taboo, teases decency, and sometimes comes right out and has sex with a monster. Most often this is a violation of the flesh, but we’re most interested in films and characters that are pretty OK with it. Most of those movies are gloriously bonkers. We count down our favs in episode 225:

An unforgettable Sally Hawkins—an actor who has never hit a false note in her long and underappreciated career—gets her chance to lead a big, big show. She plays Elisa, a mute woman on the janitorial team for a research institute in Cold War-era Baltimore.

Writer/director Guillermo del Toro is an overt romantic. So many of his films—Cronos, The Devil’s Backbone, Crimson Peak—swim in romance, but he’s never made as dreamily romantic or hypnotically sensual a film as The Shape of Water.

It’s a wise setup, and an earnest Pucci delivers the tender, open performance the film requires. He’s matched by the mysterious Nadia Hilker as Louise, the beautiful stranger who captivates Evan.

At its core, Spring is a love story that animates the fear of commitment in a way few others do. The film’s entire aesthetic animates the idea of the natural world’s overwhelming beauty and danger. It’s a vision that’s equally suited to a sweeping romance or a monster movie, and since you’ll have a hard time determining which of those labels best fits Spring, it’s a good look.

Sexual frustration leads to a lot of bad choices, but sexual satisfaction may be the real monster in Amat Escalante’s wild scifi/horror flick.

Alejandra (Ruth Ramos) is one of the sexually frustrated. Veronica (Simone Bucio) is not. Angel (Jesus Meza) is making bad choices. But there was this meteor, and it landed out by this isolated farm. What if the answer to all their problems is there?

Sam Neill plays Mark. Mark has just left his job – a mysterious position with some kind of lab.

Back at home, he greets his genuinely adorable son Bob (Michael Hogben). Mark’s wife Anna (Isabelle Adjani) is also at home with Bob.

Anna, it seems, is in love with someone else. Is it the sexually open – really, really open – Heinrich? Is it a bloody, mollusk-like monster? Is Mark boning Anna’s mean friend with a cast on her leg? Does Bob’s kindergarten teacher bear an unreasonable resemblance to Anna? Is anyone caring properly for Bob?

These questions and more go basically unanswered in a deviant, summary-defying bit of filmmaking that mocks the idiocy, even insanity of obsession and boasts a handful of weirdly excellent performances. And sex with a bloody mollusk-like monster.

Julia Ducournau’s Palme d’Or-winning Titane is alive with alternating color palettes, pulsating sounds and endless shocks of body horrific visuals. The sudden bursts of violence are downright pedestrian alongside the parade of boldly squirm-inducing clashes of flesh, bone and other.

But as she did with her first feature, Raw, Ducournau finds humanity clawing out from the inhumane. Truly unforgettable performances from Vincent Lindon and Agathe Russell provide intimate examples of the extremes that even the most damaged souls are capable of in the search to care and be cared for.