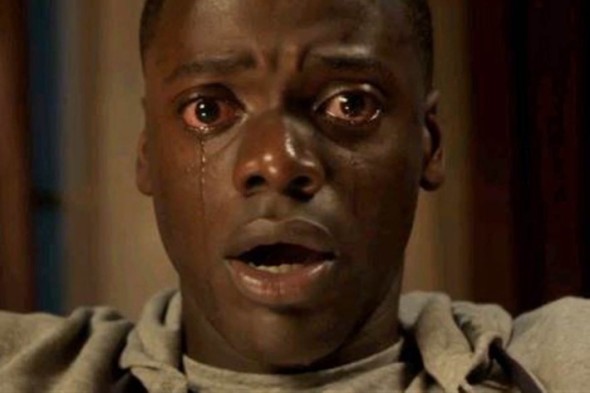 There are certain anxieties that plague us no matter the era. It Follows, for instance, brilliantly brought horror’s long obsession with underage promiscuity into modern focus. Unfriended, #Horror, Rings, The Den and dozens of others touched on our loss of control in a digital age. You could even read The Witch as a comment on the power of radicalization.

What horror films had their fingers most firmly on the elevated pulse of their respective times?

In April of 2004, photos and videos from Abu Ghraib detention center created a previously unimaginable public dialog about the appropriateness of torture. And we knew that what we were seeing on the news had to be far less graphic and horrific than what we didn’t see.

The sudden realization that there were so many more people on earth who believed there were appropriate uses for torture – and that there were others who could so easily be provoked to indulge their bloodlust – sparked a real, palpable discomfort in the US.

Writer/director Eli Roth created a new subgenre with this his meditation on that very bloodlust. As his tourists hit Slovakia in search of wild times, they become the fodder for someone else’s hedonistic indulgence. Graphic and provocative, Hostel is hardly a masterpiece or even a classic, but there is no question that it touched a nerve.

By 1939, the second great war had begun. The tale of shadowy European villainy turning a good hearted American man into a monster felt somehow compelling to an audience seeing yet another generation of soldiers facing and contributing to the real horror of war.

Like most of the films on this list, The Wolf Man created a mythology many would copy. But writer Curt Siodmak’s take on the monster that lurks inside a good man differs from many because he pulled on his own experience with Nazi Germany to create an atmosphere. He’d seen firsthand what it looks like when apparently good people turn suddenly savage.

Lon Chaney, Jr.’s sympathetic performance only drove home the point that it could be anybody. You want badly for this decent-hearted man to somehow be saved, but you know that he’s done too much. There is no redemption left for him now.

The late Sixties saw cultural change like few eras before or since. Roman Polanski’s adaptation of Ira Levin’s tale mined more than a few, but it was the sexual revolution that most fed this picture’s dread.

The Pill was first approved for use in America in 1960. This led to some happy people, yes, but also a lot of worry. Whenever science steps into God’s territory, people get anxious. This tension fueled many horror films, but the way Polanski represents the female body as a reproductive tool entirely outside her own control is endlessly terrifying.

It helps that Mia Farrow is the picture of vulnerability, trying desperately and without success to regain power over her own body and future. Doctors are no help – they’re in on it. She can’t look to her husband because he benefits from this perversion of her biology as much as anybody. It’s a fascinating observation, filmed so that we can’t help but feel that we are voyeurs in her struggle.

What took so long for a film to manifest the fears of racial inequality as smartly as does Jordan Peele’s Get Out.

Peele writes and directs a mash up of Guess Who’s Coming to Dinner, Rosemary’s Baby and a few other staples that should go unnamed to preserve the fun. Opening with a brilliant prologue that wraps a nice vibe of homage around the cold realities of “walking while black,” Peele uses tension, humor and a few solid frights to call out blatant prejudice, casual racism and cultural appropriation.

Romero’s first zombie film – the first proper zombie film – hit upon cultural anxieties aplenty. The generation gap that accompanied the era of social change had people seeing those of the other generation as aliens – or maybe zombies?

The war in Vietnam – televised almost constantly, and for the first time – was reflected in Romero’s onscreen broadcasts of unimaginable horror. He depicts the changing paradigm of the generations in the power struggle going on inside the besieged house.

More than anything, though, Romero hit a nerve with his casting. The filmmaker has long said that African American actor Duane Jones got the part as the lead because he was simply the best actor in the cast. True enough. But his performance as the level headed, proactive, calm-under-pressure alpha male – followed by Romero’s gut-punch of a finale – spoke volumes and is one of the main reasons the film remains as relevant today as it was when it was released.

Is Godzilla the best film on this list? No. But, more than any other film in the genre, it spoke directly to global anxieties, became a phenomenal success, and changed the face of horror.

← Just Turn Around Now
Fright Club: The Help →
Scroll Up