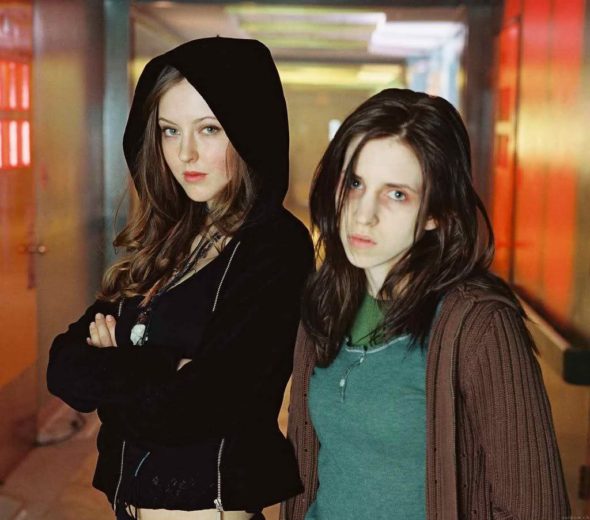 Oh, siblings—our closest friends and the bane of our existence. Horror movies know that, which is why both sibling rivalry and sisterly bonds populate so many worthwhile flicks: Sisters, Excision, Mama, Only Lovers Left Alive, Kiss of the Vampire. Too many to count, really, but that’s exactly what we plan to do: count down the five best.

Sisters Gold (Michalina Olszanska) and Silver (Marta Mazurek) are not your typical movie mermaids, and director Agnieszka Smoczynska’s feature debut The Lure is not your typical – well, anything.

Walton’s wickedly humorous script stays in your face with the metaphors, successfully building an entire film on clever turns of phrase, puns, and analogies, stirring up the kind of hysteria that surrounds puberty, sex, reputations, body hair, and one’s own helplessness to these very elements. It’s as insightful a high school horror film as you’ll find, peppered equally with dark humor and gore – kind of A Canadian Werewolf in High School, if you will.

Writer/director Julia Ducournau has her cagey way with the same themes that populate any coming-of-age story – pressure to conform, peer pressure generally, societal order and sexual hysteria. Here all take on a sly, macabre humor that’s both refreshing and unsettling.

A vegetarian from a meat-free family, Justine objects to the freshman hazing ritual of eating a piece of raw meat. But once she submits to peer pressure and tastes that taboo, her appetite is awakened and it will take more and more dangerous, self-destructive acts to indulge her blood lust.

In a very obvious way, Raw is a metaphor for what can and often does happen to a sheltered girl when she leaves home for college. But as Ducournau looks at those excesses committed on the cusp of adulthood, she creates opportunities to explore and comment on so many upsetting realities and does so with absolute fidelity to her core metaphor.

A tight-lipped father returns home with his daughter after her prolonged hospital stay. Her sister has missed her; her stepmother has not. Or so it all would seem, although jealousy, dream sequences, ghosts, a nonlinear time frame, and confused identity keep you from ever fully articulating what is going on. The film takes on an unreliable point of view, subverting expectations and keeping the audience off balance. But that’s just one of the reasons it works.