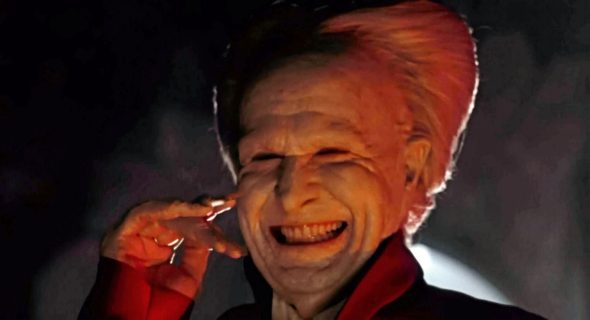 You know what? This year’s batch of Oscar hopefuls have made some genuinely excellent horror movies. Richard Jenkins starred in not only the amazing Bone Tomahawk, but also the underseen Fright Club favorite Let Me In. Willem Dafoe took a beating in the amazing Antichrist and grabbed an Oscar nomination for his glorious turn in Shadow of the Vampire. Laurie Metcalf made us laugh and squirm in Scream 2 and Woody Harrelson led one of our all time favorite zombie shoot-em-ups, Zombieland.

But what’s the fun in talking about that when so many of the nominees have made so many bad movies? Here we focus on the worst of the worst, but if you check out the podcast we mention even more.

Octavia Spencer’s 20+ year career, struggling early with low-budget supporting work, guarantees her a place in this list. Indeed, she could have taken several slots (2006’s Pulse is especially rank), but we find ourselves drawn to Rob Zombie’s sequel to his 2007 revisionist history.

Spencer plays the Night Nurse, which naturally means that she dies. Pretty spectacularly, actually, but that hardly salvages the mirthless cameo-tastic retread.

Cons: Keanu Reeves cannot act. Winona Ryder can act—we’ve seen her act—but she shows no aptitude for it here, and lord she should not do accents. Anthony Hopkins has always enjoyed the taste of scenery, but his performance here is just ham-fisted camp.

Pros: Gary Oldman, who can chomp scenery with the best chewers in the biz, munches here with great panache. He delivers a perversely fascinating performance. His queer old man Dracula, in particular – asynchronous shadow and all – offers a lot of creepy fun. Plus, Tom Waits as Renfield – nice!

1) The Sundance Film Festival somehow found this film—this one, Clownhouse, the movie about 3 escaped mental patients who dress as clowns, break into a house where three brothers are home alone on Halloween night, and commence to terrify and slaughter them— worthy of a nomination for Best Drama. If you haven’t seen this film, you might not quite recognize how profoundly insane that is.

2) The great and underappreciated Sam Rockwell made his feature debut as the dickhead oldest brother in this movie. The clowns themselves—Cheezo, Bippo, and Dippo—are genuinely scary and garishly fascinating, but outside of them, only Rockwell can act. At all.

So, basically, this film should never have been made. But at least Rockwell got his start here.

Margot Robbie is a confirmed talent. Underappreciated in her wickedly perfect turn in Wolf of Wall Street, she has gone on to prove that she is far more than a stunning beauty (though she certainly is that).

Not that you’d realize that by way of her early work in this low-budget Aussie dumpster fire.

The then-19-year-old leads a cast of unhappy teens vacationing for the weekend with their estranged dad, who’s called into work yet again. To entertain themselves, they peep on their neighbors through the facing skyscraper windows.

Robbie showers, swims and changes clothes at least 3 needless times within the film’s opening 10 minutes, which makes a film that wags a finger at modern voyeurism feel a little hypocritical. But to even make that statement is to take writer/director Aash Aaron’s film too seriously. Heinously acted, abysmally written and tediously directed, it amounts to 50 minutes of whining followed by utterly ludicrous plot twists, unless Australia boasts the largest per-capita number of serial killers on earth.

But the point is this: Robbie would go on to deliver stellar performances, so this is just something we all need to shake off.

Well, anything as bad as Crimewave is a horror, that’s for sure. The fact that it’s a slapstick crime comedy at its heart hardly matters.

Co-written by Joel and Ethan Coen, directed by Sam Raimi and co-starring Bruce Campbell, this film has a pedigree. And we love them all so much we can almost forgive them for this insufferable disaster. But we suffered through it for two scenes—one at the beginning, one at the end—involving a nun who’s taken a vow of silence.

Frances McDormand, what the hell are you doing in this movie?

No, no. We get it. If we were duped into optimism by Coen brother involvement, what hope did you have? You couldn’t have known that the result would be a tiresome, embarrassing, un-funny, painful waste of 83 minutes.