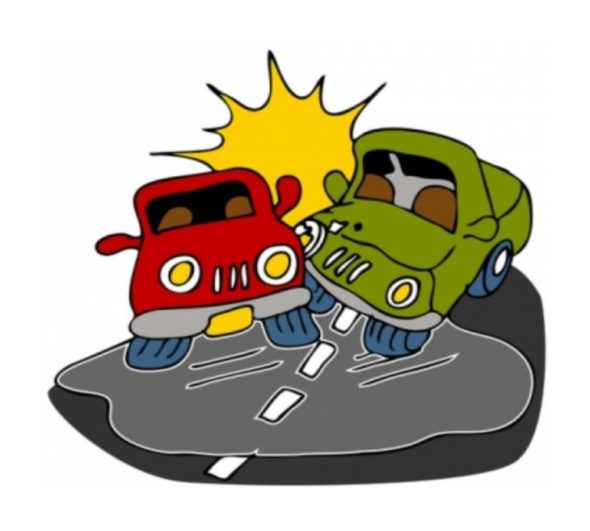 Damn, it is cold out. Cold enough for me to be oh so happy I no longer make that commute every day from Grandview to Crosswoods—easily the nastiest drive in Columbus.

I mean, I do. Often enough.

But I did drive to Crosswoods last week to return a laptop and meet my friends for lunch and it was stupid-cold and it reminded me of that time I totaled my car.

Among the many casualties of the winter of 2011 was my Toyota Matrix. I’m not nearly over the loss.

This was the first new car George and I had ever purchased. It replaced our beloved, if ridiculous, 1993 Ford Festiva.

We got our new driving machine for a song. Columbus had recently fallen victim to another ludicrous weather patch—the great hailstorm of April 20, 2003—and Tansky Toyota had some damaged vehicles to move.

A bit romantic about our first new car purchase, we thought about going with an undimpled-by-hail version, until we remembered that we don’t have a garage. We could very well have paid an extra two grand for a car that would, by morning, have hail damage, depending on the zany Ohio weather. So we embraced the tiny divots.

That’s the voice of reason at work right there.

Dimples or no, the Matrix was a good car. It required almost no maintenance in the seven years we owned it. It got great gas mileage. It was paid off.

And yet, Mother Nature called it home.

Perhaps your morning commute was delayed one day that January because of three accidents on Rt. 315 north near the hospital curve. Mine was similarly delayed, as I was in one of the accidents.

Yes, if you waded through the metal carnage that morning, I was in the gold Matrix on the left berm—the only one of the six cars involved not to make it home on its own four wheels. Awesome.

Lest you mistake the morning’s escapade for a six-car pileup (how exciting!), it actually was three separate accidents within eyeshot of one another. Maybe less exciting, but certainly odd.

My own misadventure was caused by a slowdown of all lanes of traffic, causing me to veer from the center lane into the far left one. That maneuver allowed me the most stopping distance. It seemed like a smart move since the roads didn’t look bad in the slightest.

Yet, when I applied the brakes, my car continued moving forward at the same speed.

I turned the wheel, deciding it made more sense to hit the median than that black pickup ahead of me. But my vehicle still moved in the same direction.

I don’t know why, but the phrase “black ice” makes me want to talk like a pirate.

So I did hit that poor guy in the black pickup, which, unfortunately for me, came out victorious in that battle.

Jeff, the awfully nice man whose vehicle I hit, pulled his truck into the berm and then helped me push mine over. Then we wondered what exactly one does at this point. Call AAA? Contact the police? Notify our insurance agents? Surely all, but in which order?

We decided he’d call the police while I phoned AAA. As it turns out, either of us knew how to call the police except by dialing 911, which seemed like an exaggeration of our predicament, but that’s what he did.

Meanwhile, I forgot what my responsibility was so I got ahold of George.

Jeff never got through to the police via their emergency line, but a cruiser showed up nonetheless. The officer asked whether we’d called AAA, which reminded me to call AAA.

Somewhat obviously, it turned out I had a concussion. My poor car, though, suffered unfixable injuries. No amount of anti-inflammatories or ball bearings or whatever fixes cars would help.

Concussed as I was, car shopping took a backseat to trying to understand the words coming out of George’s mouth for a couple of weeks. And then the nasty winter weather goaded us into putting off the task for a few more weeks; we limped along sharing and bumming rides from friends.

And once springlike weather arrived, we claimed an altogether revolutionary idea—one that proves I learned shockingly little from the horrific weather we’d survived.

We bought a motorcycle.

Maybe I’ll blame the concussion. Anyone living in Central Ohio who buys a motorcycle can’t possibly be in their right mind.