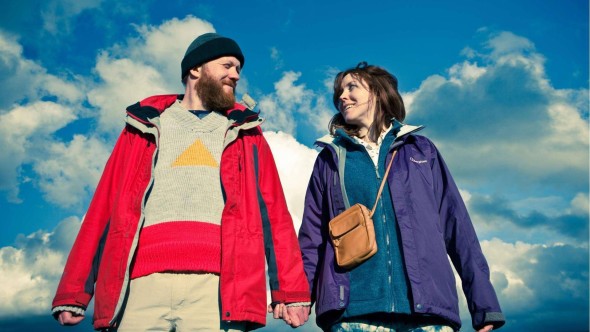 Since Bonnie and Clyde and probably before, cinematic lovers on a bloody rampage have been entertaining and freaking out audiences the world over. Their escapades can be as grimly beautiful as Terrence Malick’s incandescent Badlands, or as bloody as – well, as the films we celebrate today. Dangerous lovers can really build a body count, as you’ll see here. Ain’t love grand?

Helena Bonham Carter – ever the perfect Goth girl – gives Mrs. Lovett a wicked survivor streak balanced by a tender, pining affection. The romance dream sequence is a riot, and so perfectly Burton-esque. The two actors offset each other brilliantly, while their onscreen duo deserves credit for efficiency, if nothing else.

Hedonist Frank Cotton solves an ancient puzzle box, which summons the fearsome Cenobites, who literally tear Frank apart and leave his remains rotting in the floorboards of an old house. Years later, Frank’s brother Larry moves into that house with his teenage daughter Kirsty and his new wife Julia (Clare Higgins) – who, oh yeah, also happens to be Frank’s ex-lover.

Though the Cenobites are the real, lasting terror in this film – and how cool were they! – the sexual chemistry between Julia and that bloody lump of Frank is never less than unsettling. Higgins makes the perfect evil stepmother while redefining the term blood lust.

From the guttural drone of the opening segment, this film announces itself as a dryly, darkly hilarious adventure. Frumpy Tina (Alice Lowe, perfection) needs a break from the smothering mum who blames her for their dog’s death. Against Mum’s wishes, Tina will take a road trip with her new beau, the equally frumpy Chris (Steve Oram, amazing).

The film is a wickedly fresh British take on a familiar theme. Oram and Lowe wrote the script, alongside director Ben Wheatley’s go-to scribe (and wife) Amy Jump. The result is so absurd and hilarious – few films have had so much fun with moral ambiguity.

Wheatley blends the dark comedy of his first film, Down Terrace, with the sense of the unexpected that elevated Kill List to create enormously entertaining homicidal madness. It helps that his cast could not be better, draining all the glamour of the road trip assassin couple trope without relying on that as a gimmick. There’s a deeply British weirdness to the proceedings, which are handled with bone-dry aplomb by all involved.

Bowie and Deneuve are both so effortlessly cool and sexy that you can almost forgive them their nighttime savagery. You find out just how dangerous he is once he begins the rapid-aging process, but once you get a peek into Miriam’s attic you find that she’s been far more dangerous – to her lovers and everyone else – for a very long time.

In 2004, Belgian writer/director Fabrice Du Welz released the exquisite Calvaire, marking himself a unique artist worth watching. Ten years later he revisits the themes of that film – blind passion, bloody obsession, maddening loneliness – with his newest effort, Alleluia. Once again he enlists the help of an actor who clearly understands his vision.