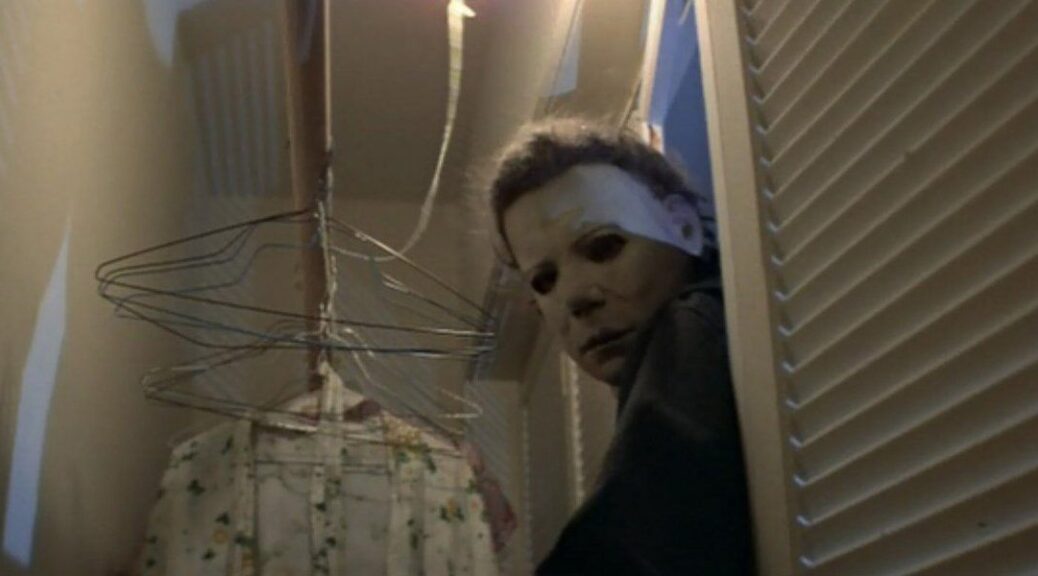 There are few spots on earth that generate more terror than a closet. Maybe the woods, the darkness beneath your bed, but what else? And why? We look into our favorite scary moments in cinematic closets for the latest episode, joined by filmmaker Timothy Troy, who knows a little bit about this topic.

There are so many moments in Tobe Hooper and Steven Spielberg’s Eighties gem to point to. But the clown alone, or the meat face alone, or any one of those memorable moments alone wouldn’t have made the film the classic it is. It needed that closet.

We’re used to seeing a closet as a small, dark, creepy space but at Cuesta Verde, it’s a gateway to another dimension. One that could suck your little pajama-clad daughter in. One that could belch out a giant beast that will eat your family whole.

The scene has been done to death by now, but when John Carpenter and co-writer Debra Hill first put Laurie Strode in that louver doored closet, audiences lost their shit.

Why would she do it? To buy time for the kids to escape because she’s smart and selfless. And then what? She’ll fashion a tool to take down the intruder. The scene cements Strode as the film’s true hero, but waiting in that tiny little space with slats of light and Michael’s breathing was a test of endurance for the audience. One that hundreds of horror movies have ripped off but none has recreated.

Who saw that coming? No one, that’s who.

Piper Laurie turns in one of the most gloriously villainous mother characters in cinematic history, terrifying and self-righteous. But this is a moment in Carrie White’s life (a luminous Sissy Spacek). Carrie is fighting back.

And you know what that means.

That means the closet.

We are very rarely fans of the jump scare, but we give it to director James Wan. He is the master.

And yes, it’s technically a bureau rather than a walk-in closet, but man, we jumped.