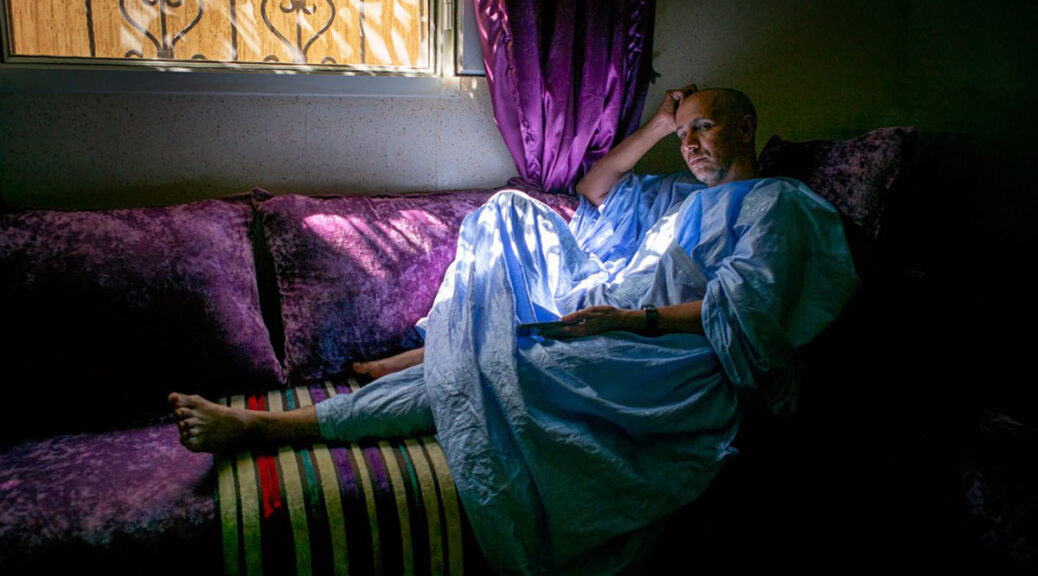 “Forgiveness is an act of revenge”.

This line- spoken by director John Goetz- echoes through every action taken by his film’s subject, Mohamedou Ould Slahi.

The center of a well-documented stain on United States history, Slahi was detained at Guantanamo Bay for 14 years without any charges officially brought against him.

In his book Guantanamo Diary (written in 2005, declassified for release in 2012, and the basis for the 2021 film The Mauritanian), Slahi accuses the United States government of extreme torture tactics, which to this day have been denied by special forces connected to his case. In what he considers to be the ultimate act of revenge, Slahi uses Goetz’s documentary to achieve his lofty goal: peacefully reconnect with the men and women involved with his torture in the name of forgiveness.

The documentary gets off to a rocky start. Goetz does not seem dedicated to the backstory that consumes the first half of the piece. Heavy-handed voiceovers spoon-feed us the questions Goetz wants us to be asking, as the film dutifully trudges through Slahi’s complicated past. Ironic, really, since Slahi is clear from his first moments on screen. His intention is exclusively to look toward the future.

Goetz competently introduces the key players: former special forces members connected to Slahi’s case, ranging in importance from a low-level guard to head of the operation. Goetz pushes uncomfortable recounts from each person, eventually finding the meat of his story.

The film becomes a power struggle over control of the narrative. Obviously disturbed by Slahi’s presence in the media, the individuals involved are desperate to clear either their name or their conscience. The story takes a turn from Slahi’s already well-publicized narrative and tackles the mental aftermath inflicted on his torturers.

In a case of trauma begetting trauma, a murky view of these people emerges. Questions surrounding complicity in immoral government sanctions, personal responsibility, and humanity in extremity are posed. Simmering on the backburner of the film, Slahi waits for his ultimate act of revenge.

Once Goetz cracks into the heart of his story, a gritty, complicated spectacle is born. In a narrative that is so seemingly black and white, the gradience of humanity is found.