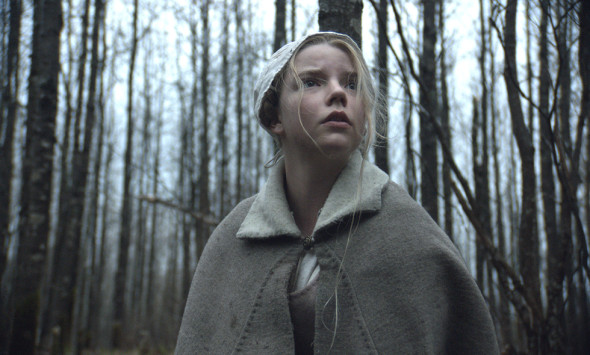 Can’t imagine what it was that inspired us to run through the best witch movies. Oh wait, it was the spellbinding and unsettling The Witch, that’s what it was. So, celebrate that film and many a Black Mass with us as we count down the best films about witches, and invite Junior Emmy-Winning Corresponding Mike McGraner to hash out the pros and cons of The Witch. Listen to the full brawl…er…podcast HERE.

Italian director Dario Argenta is in the business of colorfully dispatching nubile young women. In Suspiria, his strongest film, American ballerina Suzy Bannion (Jessica Harper) moves to Germany to join a dance academy, but the other dancers are catty and the school staff are freaks. Plus, women keep disappearing and dying.

As Suzy undertakes an investigation of sorts, she discovers that the school is a front for a coven of witches. But Argenta’s best film isn’t known for its plot, it’s become famous because of the visually disturbing and weirdly gorgeous imagery. Suspiria is a twisted fairy tale of sorts, saturating every image with detail and deep colors, oversized arches and doorways that dwarf the actors. Even the bizarre dubbing Argento favored in his earlier films works beautifully to feed the film’s effectively surreal quality.

It’s a gorgeous nightmare, bloody and grotesque but disturbingly appealing both visually and aurally (thanks to Argento’s go-to soundtrack collaborator, Goblin).

Roald Dahl can spin the most wondrously dark tales for children, and the tale that fits that description best is The Witches. Directed by Nicolas Roeg (Don’t Look Now, The Man who Fell to Earth, Performance) from a screenplay adapted by Allan Scott, the film may pull a punch here or there, but it lands others unexpectedly.

Angelica Huston – always an imposing presence – leads a cast of witches whose dastardly plan to eliminate all the children in England is overheard by, well, a child in England. Now he has to save the world, even though they’ve turned him into a mouse.

While this is absolutely a family film, full of Honey I Shrunk the Kids style fun with the tiny mouse protagonist, plus a lot of slapstick humor, Huston is forever frightening, and the film takes an absolutely terrifying turn once all those witches remove their day-to-day faces.

No, The Witches may not be a true horror flick, but it was a terrifying experience for countless kids in 1990 and it definitely boasts some of the scariest witches in cinema.

Nearly 50 years after its release, this film remains a disturbing, elegant, and fascinating tale, and Mia Farrow’s embodiment of defenselessness joins forces with William Fraker’s skillful camerawork to cast a spell. Yes, that crazy pederast Roman Polanski sure can spin a yarn about violated, vulnerable females.

Back in ’69, Roman was interested in Rosemary Woodhouse, she of the fuzzy slippers who doesn’t want to be a bother. Tethered to aspiring actor/bad husband Guy Woodhouse, Rosemary moves into a Manhattan apartment building with a dark past and some peculiar neighbors.

Working from Ira Levin’s novel, Polanski takes all the glamour out of Satanism – with a huge assist from Ruth Gordon, who won an Oscar for her turn as the highly rouged busybody Minnie Castevet.

By now we all know what happens to poor Rosemary, but when the film was released, thanks much to Mia Farrow’s vulnerable performance, the film boiled over with paranoid tension. Was Rosemary losing it, or was she utterly helpless and in evil hands? Not that Roman Polanski, of all people, can be trusted in such a situation.

Ideas of gender inequality, sexual awakening, slavish devotion to dogma, and isolationism and radicalization roil beneath the surface of the film, yet the tale itself is deceptively simple. One family, fresh off the boat from England in 1630 and expelled from their puritanical village, sets up house and farm in a clearing near a wood.

Every opportunity writer/director Robert Eggers has to make an obvious choice he discards, though not a single move feels inauthentic. Rather, every detail – whether lurid or mundane – feels peculiarly at home here. Even the most supernatural elements in the film feel appallingly true because of the reality of this world, much of which is owed to journals and documents of the time, from which Eggers pulled complete sections of dialog.