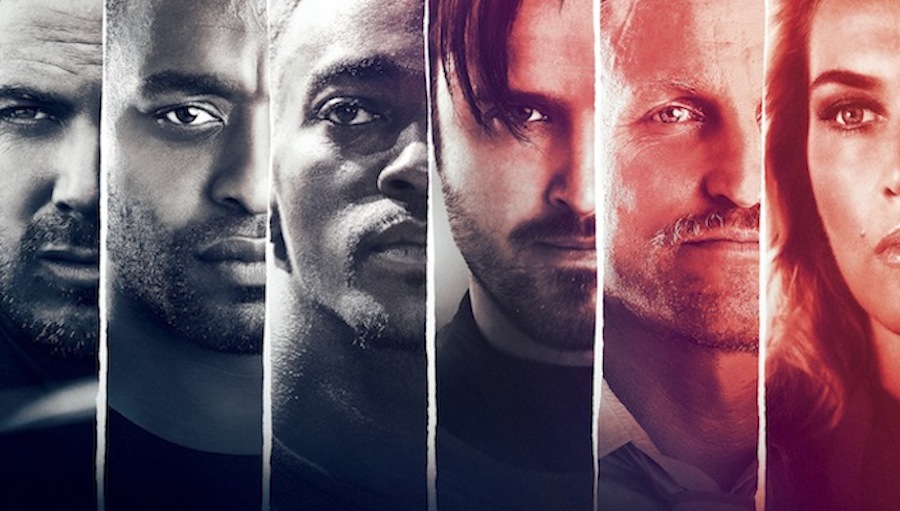 Borrowing from a host of other cop thrillers from Heat to The Town, Triple 9 give us characters of varied shadiness taking orders from the Russian mob. Michael (Chiwetel Ejiofor) is a former Blackwater operative working with a crew that includes two Atlanta detectives (Anthony Mackie and Clifton Collins, Jr.) to pull a brazen heist that will help get a Russian crime boss out of Putin’s gulag.

But Irina, that boss’s wife (Kate Winslet) has one last job in mind for Michael and his boys, and she’s not shy about getting nasty to make sure they comply. Delivering will take a bigger diversion than usual, and a cop going down (a “triple 9”) would give them just the time they need.

Slowly, a new face on the force (Casey Affleck) and his seasoned-cop uncle (Woody Harrelson, sporting some unsettling dentures) start sniffing out the plan, and the countdown to a final confrontation is on.

Matt Cook’s script is plenty familiar, with thin spots in the narrative and character choices that don’t always ring true , but director John Hillcoat (The Road, The Proposition) is adept at making brutal worlds engaging. There is precious little light anywhere in Triple 9, but Hillcoat leans on his veteran ensemble and delivers enough stylized tension to keep you interested, even if you’re rarely guessing.