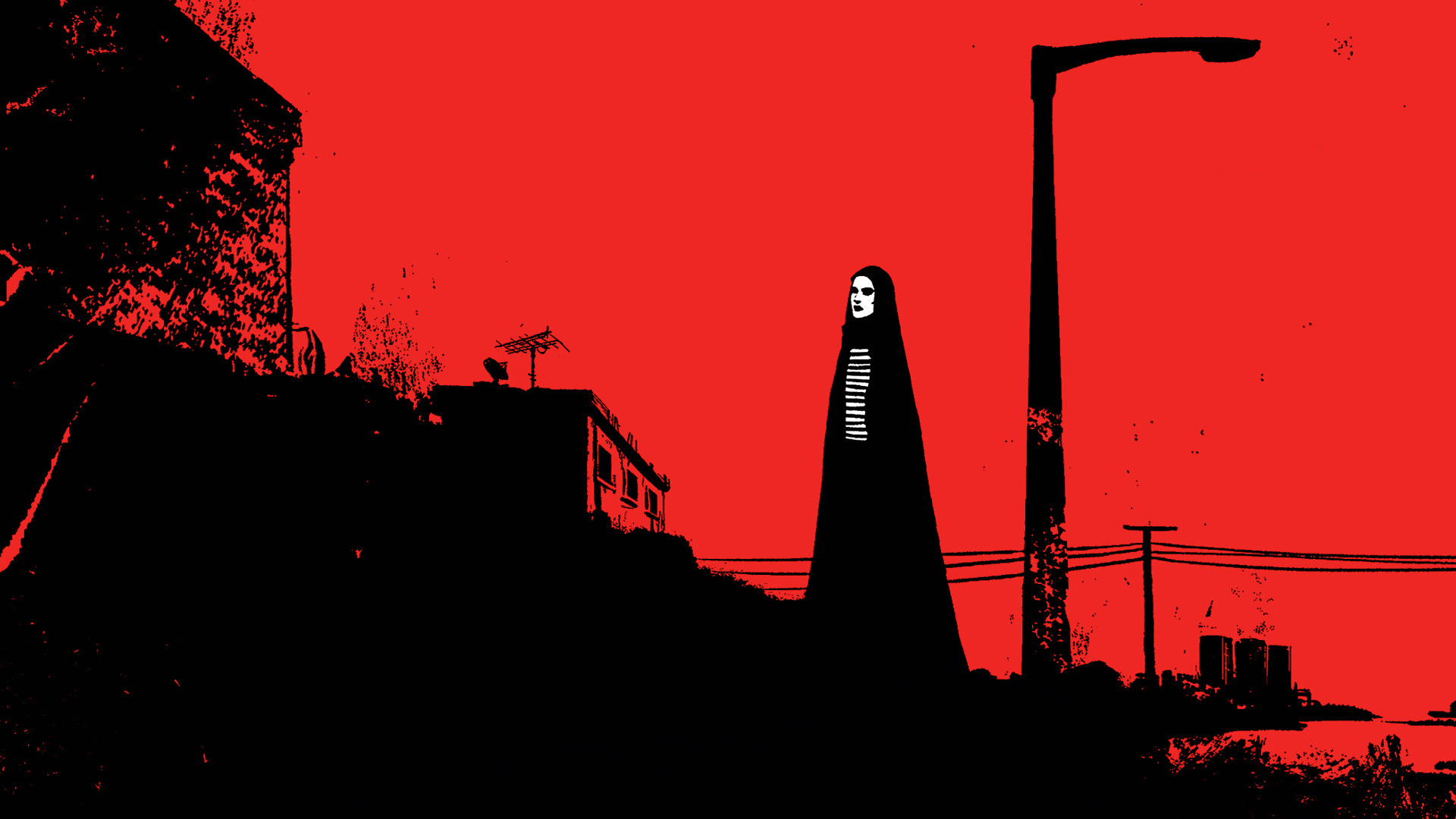 There are countless reasons the Middle East has not been a hotspot of horror film output. Chief among them may be censorship, but the truth is that many of the countries in the area have a lot more to deal with right now than making movies.

Still, horror cinema has become a blossoming industry. Film as art has always been a renegade’s opportunity to make a political statement and horror can be an inexpensive way to speak your mind. Films like Omar Khan’s 2007 Pakistani horror mash-up Devil’s Ground, though highly flawed, worked as both an homage to Western horror tropes and a comment on Pakistani life. And the 2015 film Jeruzalem filmed its first-person found-footage right in the holy city.

Here we count down the five very best of the genre coming from the region in a podcast recorded live at Gateway Film Center.

(Israel)
So, weirdly enough this film has literally nothing to do with rabies. Like, at all. But, it does have a relentless nature and seriously weird attitude, mashing together serial killer, slasher and wooded horror to nice effect.

Filmmakers Navot Papushado and Aharon Keshales started their journey in film and in horror here, with a genre mishmash that mostly works.

We open in a pit. A pitiful woman is calling out from the darkness. We soon realize that she and her brother 1) have run away from something, and 2) share a dark, unseemly secret. But that’s almost beside the point.

This story introduces the serial killer who haunts the film but hardly does the most damage. When a group of lost tennis players wanders into the woods—first to help the brother, then to escape a morally questionable cop—and a good guy of a forest ranger gets mixed up in all of it, well, things take weird turns. Bloody turns.

There’s an unsettling comic element to everything and performances are uniformly excellent. It’s an ambitious effort that does not entirely satisfy, but you find yourself really pulling for some of these guys and completely forgetting about that landmine.

(Turkey)
Welcome to hell! Turkish filmmaker Can Evrenol invites you to follow a 5-man police squad into the netherworld, where eye patches are all the rage, pregnancy lasts well under the traditional 40 weeks, and you don’t want to displease Daddy.

(Israel)
A mixture of disturbing fairy tale and ugly reality, Israel’s Big Bad Wolves takes you places you really don’t want to go, but damn if it doesn’t keep you mesmerized every minute.

The particularly vulgar slaughter of several little girls sets events in motion. One teacher is suspected. One cop is driven. One father suffers from grief-stricken mania. It’s going to get really ugly.

Filmmakers Aharon Keshales and Navot Papushado (Rabies) implicate everyone, audience included. They create intentional parallels among the three men, pointing to the hypocrisy of the chase and making accusations all around of a taste for the intoxicating bloodlust that comes from dominating a weaker person.

Their taut and twisty script keeps surprises coming, but it’s the humor that’s most unexpected. Handled with dark, dry grace by Lior Ashkenazi (the cop) and Tzahi Grad (the father) – not to mention Doval’e Glickman (the grandfather) – this script elicits shamefaced but magnetic interest. You cannot look away, even when the blowtorch comes out. And God help you, it’s hard not to laugh now and again.

2. Under the Shadow (2016)</h2 (Iran)
Our tale is set in Tehran circa 1988, at the height of the Iran/Iraq war and just a few years into the “Cultural Revolution” that enforced fundamentalist ideologies.

(Iran/US)
Writer/director Ana Lily Amirpour has made the world’s first Iranian vampire movie, and though she borrows liberally and lovingly from a wide array of inspirations, the film she’s crafted is undeniably, peculiarly her own.

Amirpour develops a deliberate pace that makes the film feel longer, slower than is probably necessary. The time is spent with singular individuals – a prostitute (a world-wearied and magnificent Mozhan Marno), a drug-addicted father (Marshall Manesh), a street urchin (Milad Eghbali), a pimp (Dominic Rains), and a rich girl (Rome Shadanloo). Two people weave in among these players – the handsome Arash (Arash Marandi), and a lonesome vampire (Sheila Vand).