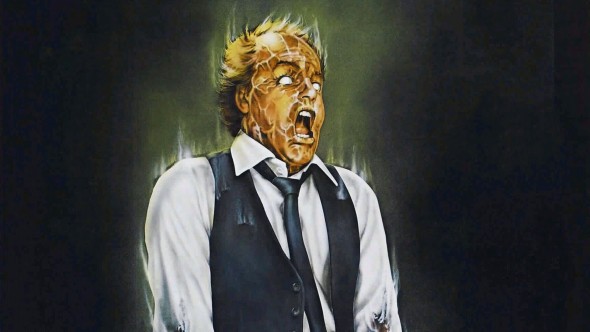 There’s always reason to be proud when one of he most established and respected directors decides to dabble in horror, and likewise, when one of our own makes it big in the mainstream. It put us in the mood for some double features: great directors, one horror movie, one non-horror movie. And the possibilities are endless. How about Scorsese’s Cape Fear/Taxi Driver? Or something a little more contemporary – maybe Jeremy Saulnier’s Green Room and Blue Ruin (if you’re feeling colorful)? Oh, what fun! Let’s get started!

Kill List
Never has the line “Thank you” had a weirder effect than in this genre bender. Without ever losing its gritty, indie sensibility, Ben Wheatley’s fascinating film begins a slide in Act 2 from crime drama toward macabre thriller. You spend the balance of the film’s brisk 95 minutes actively puzzling out clues, ambiguities and oddities.

High-Rise
Set inside a skyscraper in a gloriously retro London, Ben Wheatley’s adaptation of J.G. Ballard’s High-Rise is a dystopia full of misanthropic humor.

Laing (Tom Hiddleston) narrates his own story of life inside the “grand social experiment” – a high rise where the higher the floor, the higher the tenant’s social status. Performances range from slyly understated (Hiddleston, Elizabeth Moss) to powerful (Sienna Miller, Luke Evans) to alarmingly hammy (James Purefoy), but each contributes entertainingly to this particular brand of dystopia. Still, the wicked humor and wild chaos will certainly keep your attention.

Dead Alive
This film is everything the early Peter Jackson did well. It’s a bright, silly, outrageous bloodbath. Lionel Cosgrove (Timothy Balme), destiny, a Sumatran rat monkey, an overbearing mother, a prying uncle, and true love are bathed in gore in the Kiwi director’s last true horror flick – a film so gloriously over-the-top that nearly anything can be forgiven it.

Jackson includes truly memorable images, takes zombies in fresh directions, and crafts characters you can root for. But more than anything, he knows where to point his hoseful of gore, and he has a keen imagination when it comes to just how much damage a lawnmower can do.

Heavenly Creatures
Jackson’s first non-horror film still follows rather horrific circumstances – New Zealand’s infamous Parker-Hulme murder case. Even fans of the director’s work to this point couldn’t have suspected he (and writing partner/write Fran Walsh) had anything this elegant and fantastical in them.

Certainly, spellbinding performances from young Kate Winslet and Melanie Lynskey didn’t hurt. Jackson and Walsh received their first Oscar noms for the screenplay in a film that eschews the trial, barely witnesses the crime, and focuses instead on the intense friendship that went horrifyingly wrong. It respects its source material and every person involved in the historical event, but it also understands the delirium of adolescence in a way few films do. Hobbits be damned, this is Jackson’s masterpiece.

Scanners
The film that made Cronenberg an international name in the genre is about mind control – a very sloppy version of it – and that societal fear of being dominated by a stronger being. At its heart, this is another government conspiracy film wherein an agency foolishly believes they can harness an uncontrollable element for military purposes. Scanners is hardly the best of these (Alien is, FYI). But it’s gory fun nonetheless. What makes the effort undeniably Cronenberg (besides the exploding heads) is that connection between human tissue and technology.

The acting is silly, the technology is comically dated, and the computer nerd toward the end of the film inexplicably boasts a band aid on his face. But Michael Ironside is on fire and the movie ratchets up tension by keeping you wondering when the next head will explode.

Eastern Promises
In 2005, Cronenberg produced his most acclaimed and most mainstream film to date, A History of Violence. That success spawned more than an interest in non-genre fare, but also a fruitful collaboration with the underappreciated and versatile actor Viggo Mortensen.

Two years later, Mortensen would join an impeccable cast including Vincent Cassel, Armin Mueller-Stahl, and Naomi Watts in what would be the Canadian auteur’s finest film. Eastern promises is Cronenberg’s characteristically off kilter, visceral take on the mafia movie.

The Shining
A study in atmospheric tension, Kubrick’s vision of the Torrance family collapse at the Overlook Hotel is both visually and aurally meticulous. It opens with that stunning helicopter shot, following Jack Torrance’s little yellow Beetle up the mountainside, the ominous score announcing a foreboding that the film never shakes.

After a less than enthusiastic reception from both audiences and critics in 1968, 2001 persevered, establishing its legend as perhaps the most magnificent science fiction film ever made.

Very simply. 2001 is essential cinema of the highest order.

The Exorcist
Thanks to an intricate and nuanced screenplay adapted by William Peter Blatty from his own novel, the film boasts any number of flawed characters struggling to find faith and to do what’s right in this impossible situation.

Friedkin balanced every scene to expose its divinity and warts, and to quietly build tension. When he was good and ready, he let that tension burst into explosions of terrifying mayhem that became a blueprint for dozens of films throughout the Seventies and marked a lasting icon for the genre. Even after all this time, The Exorcist is a flat-out masterpiece.

Subdued, charming, merciless, weird, and oh-so-Southern, Joe scares the living hell out of any thinking person. Unfortunately, that doesn’t really describe the Smiths – an exquisitely cast Emile Hirsch, Juno Temple, Thomas Hayden Church, and a flawless Gina Gershon. This is an ugly and unsettlingly funny film about compromises, bad ideas, and bruised women. And it is the best thing Friedkin has done since The Exorcist.