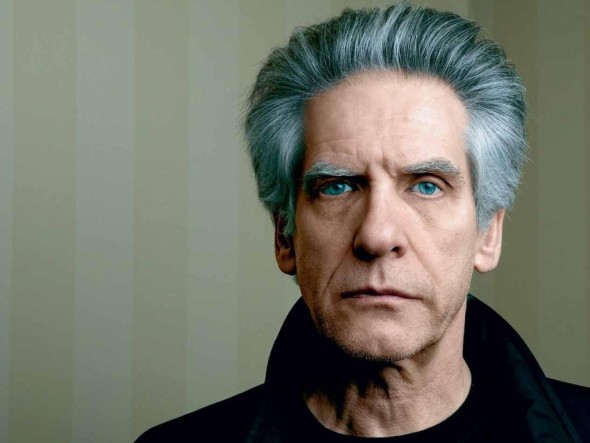 It’s the New Year, so high time we got back to our celebration of our favorite filmmakers. Today we troll through the career of the great David Cronenberg, king of corporeal horror. He’s gone on to create some of the most thought-provoking and wonderful non-genre films of the last twenty years, including the masterpiece Eastern Promises, plus the darkly brilliant Maps to the Stars, A History of Violence, and so many more. His vision is uniquely his own, mixing a Big Brother skepticism with a fascination with technology, media, and human anatomy. He brings an often overlooked but wicked humor to most everything.

Cronenberg has directed 8 true horror films, and we found it nearly impossible to leave three films off this list. No individual countdown was rewritten more than this one. As you bitch to yourself about the omissions – and you almost certainly will do that – please know that we deeply love the three films we left off our list of the Top 5 David Cronenberg Horror Films.

For the full podcast, plus George’s gripes about the final 5, go HERE.

In an upscale Montreal high rise, an epidemic is breaking out. A scientist has created an aphrodisiac in the form of a big, nasty slug. That slug, though, spreads wantonness throughout the high rise and threatens to overrun the city with its lusty ways.

Not Cronenberg’s best film, but this is his first feature length horror and it announces not only his arrival on the genre scene, but it predicts so many of the films to come. The film obsesses over human sexuality, social mores, the physical form, physical violation and infestation, medical science, conspiracy, and free will. He’d revisit all of these preoccupations throughout his career, most obviously in his very next feature film, 1978’s Rabid, which is weirdly similar in every way.

Shivers takes a zombie concept and uses it to pervert expectations. (See what we did there?) They’re not here to eat your brains, after all. It’s the first film where Cronenberg marries ideas of the repugnant with the pleasurable, medical monstrosity with human body. It would be several years before his skill with performances (or maybe casting) matched his other directorial talents, but Shivers is still a worthwhile, utterly bizarre pleasure.

One of the rare films Cronenberg directs but doesn’t write, The Dead Zone puts the words of Stephen King in the filmmaker’s hands. The Canadian is matched in weirdness by his lead, Christopher Walken, who plays a schoolteacher stricken with the gift to see the past and future through touch. When Walken realizes that his visions have a “dead zone” – meaning that he can change the future – the plot really begins to quicken.

Martin Sheen chews scenery as a presidential candidate who actually seems far more run of the mill by today’s standards. In fact, Greg Stillson may be too low key for today’s primaries. But back in ’83, such was not the case, and Walken’s blandly named Johnny Smith has to put his money where his gift of touch is if he wants to change an ugly future.

Cronenberg seems unusually hampered by the script, but somehow the way he manages still to focus on what’s weird rather than what’s obvious in the story elevates the film beyond its plot. No character is entirely sympathetic – a hallmark of the filmmaker’s work – and everyone has a bit of the bizarre about him or her, which the movie seeks to expose.

This was the one that made Cronenberg an international name in the genre.

As always, Michael Ironside seeps with psychotic menace, this time as Darryl Revok, a “scanner” looking to take control of his mind-blowing ESP-born gifts.

In truth, the film is about mind control – a very sloppy version of it – and that societal fear of being dominated by a stronger being. At its heart, this is another government conspiracy film wherein an agency foolishly believes they can harness an uncontrollable element for military purposes. Scanners is hardly the best of these (Alien is, FYI). But it’s gory fun nonetheless. What makes the effort undeniably Cronenberg (besides the exploding heads) is that connection between human tissue and technology.

The acting is silly, the technology is comically dated, and the computer nerd toward the end of the film inexplicably boasts a band aid on his face. But Ironside is on fire and the movie ratchets up tension by keeping you wondering when the next head will explode.

As bizarre as anything he ever made – even Cosmopolis – Videodrome shows an evolution in Cronenberg’s preoccupations with body horror, media, and technology as well as his progress as a filmmaker.

Deborah Harry co-stars, and Woods shoulders his abundant screen time quite well. What? James Woods plays a sleaze ball? Get out! Still, he does a great job with it. But the real star is Cronenberg, who explores his own personal obsessions, dragging us willingly down the rabbit hole with him. Long live the new flesh!

The film is about separation anxiety, with the effortlessly melancholy Jeremy Irons playing a set of gynecologist twins on a downward spiral. Because of patient vulnerability, doctors who lose it are always scary, and Dead Ringers exploits that discomfort brilliantly, partly because the doctors are gynecologists, and folks tend to feel pretty vulnerable in their hands to start with.

Irons is brilliant, bringing such flair and, eventually, childlike charm to the performance you feel almost grateful. The film’s pace is slow and its horror subtle, but the uncomfortable moments are peculiarly, artfully Cronenberg. He brings together sexuality and mutation in a film that is perhaps more tender than anything he’d ever done, but at the same time more wickedly funny and physically uncomfortable than the balance of his work.

Cronenberg had recently shared his most famous mad scientist with the world in his exceptional remake of The Fly. With Dead Ringers, he returns to the world of a damaged scientific genius run amuck and soars once again.