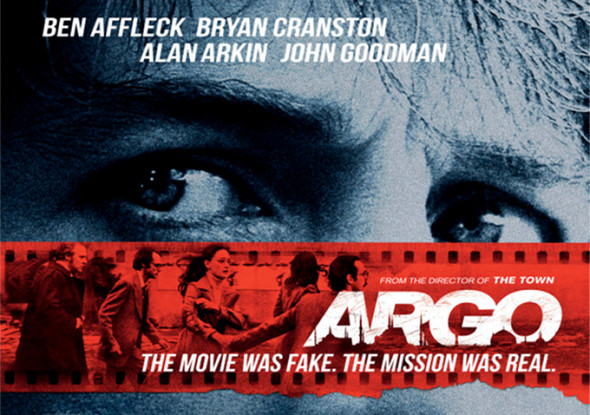 After racking up several big wins this awards season, Argo has emerged as the favorite to win Best Picture this Sunday at the Academy Awards. If you didn’t catch it in theaters, you can bring it home this week on DVD, and you’ll be glad you did. The true story of how a CIA operative got six hostages out of Iran in 1979 by posing as a film producer, Argo is simply fantastic moviemaking.

Working with a smart, taut script by Chris Terrio, director Ben Affleck expertly layers political intrigue with Hollywood deal-making. He also crafts an effective period piece, with a sharp eye for details that not only recreate an important slice of history, but also foreshadow more recent international events.

Though you already know how it ends, Affleck infuses Argo with tension and urgency. Regardless of his perplexing snub in Oscar’s Best Director category this year, Affleck, after just three directing efforts, has emerged as one of the best in the business.

Honestly, he showed the skill right from his directing debut in Gone Baby Gone…

Four-year-old Amanda McCready has gone missing in one of Boston’s rougher neighborhoods. Not the neighborhood of Will Hunting and his buddies, because this is not Ben Affleck’s Oscar winning turn as screenwriter. This film is Gone Baby Gone, Affleck’s first, hauntingly successful attempt at directing a feature film.

The director’s kid brother Casey, in fine form, plays a baby-faced PI working his neighborhood connections to find the girl as the mystery plays out among Boston’s nickel-and-dime drug dealers, mules, perverts and ex-cons.

Gone Baby Gone is a complex work examining place as an existential determiner, using setting as character, and plumbing the validity of conscience, all the while developing a disturbingly absorbing mystery. And though the mystery itself tailspins into something less than the story deserves, the final moments of the film remind the audience again of the craftsmanship that went into creating a film you may have missed back in 2007, but you need to see now.