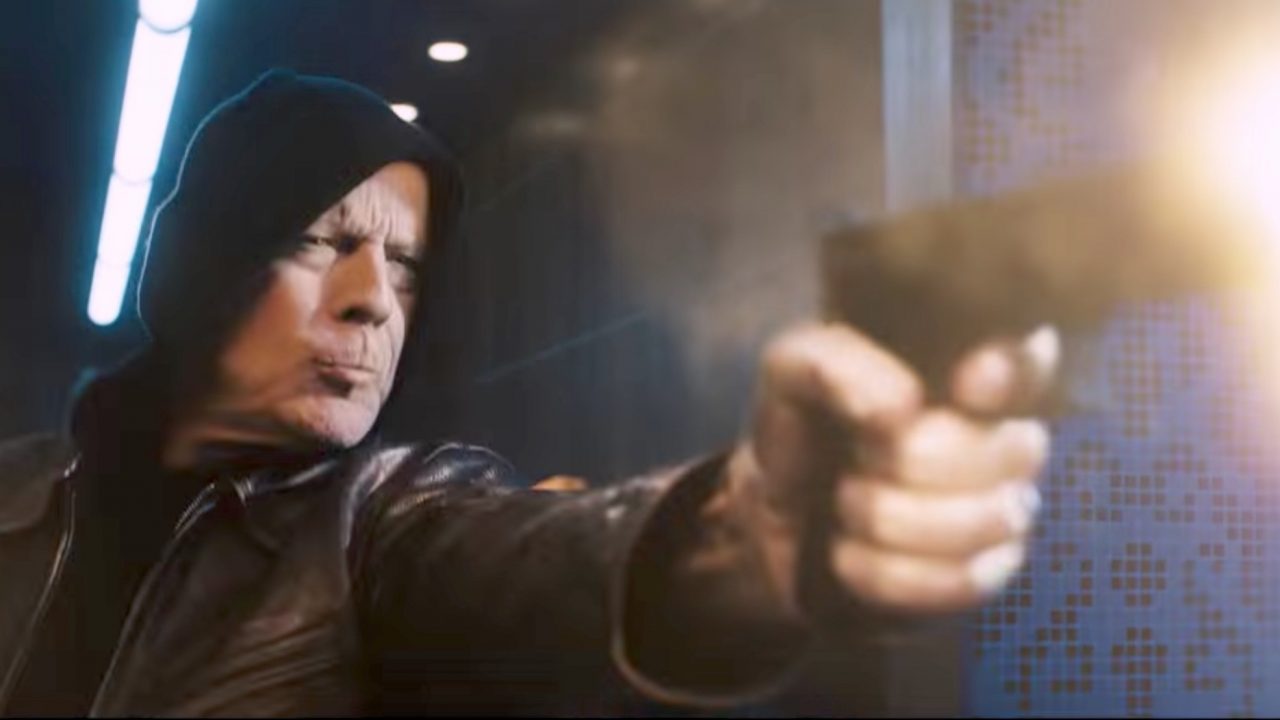 Many things about this Death Wish reboot make you wonder why, in the wake of current events, the film’s release might not have been postponed a bit. Waiting wouldn’t have made it a better film, just a little less tone deaf.

But hell, director Eli Roth doesn’t have time for any of that sensitive crap. He’s coming in guns hot, seemingly confident he’s crafting a self-awareness that must be invisible to the rest of us.

Bruce Willis is mostly effective, and sometimes disinterested, as the new Paul Kersey, and this time Kersey is a surgeon. He’s spurred to vigilante action after a home invasion leaves his daughter (Camila Morrone) in a coma and his wife (Elisabeth Shue) in the grave, and his violent alter ego quickly gains fame on social media as “the Grim Reaper.”

Kersey’s success at keeping his identity hidden is one of the many eye-rolling conveniences in Joe Carnahan’s script, all minor nuisances next to how far Roth and Carnahan end up from where they thought they were going.

Roth seems to think he’s revamped the franchise as some sort of satire, but he’s wildly off the mark. That would require smart humor and strategic nuance, and Roth (Hostel, The Green Inferno) just doesn’t work in shades of gray.

The humor, thanks to a couple of corny detectives (Dean Norris and Kimberly Elise), is straight outta sitcoms. Nuance? Meet bombast.

Kersey saves lives by day and takes them at night! Do you get the contrast? Do you, really? Here’s a split screen montage to help you understand.

As Kersey points out that the problem is cops who just aren’t violent enough, Roth intersperses arguments from talk radio hosts in a feeble attempt to counter the film’s overriding message. It’s just literal lip service.

The finale, a “good guy with a gun’s” wildest fantasy, cements the film’s worldview. And even if you’re fine with that, you can find it in plenty of other films with better execution.

It’s December 31st and the party is on, but Lindsey and Jeff leave early. Their marriage has been a bit strained lately, and it only gets worse on the drive home, when Jeff strikes a pedestrian in the middle of an old country road.

They try to call 911 but get no service, and when the accident turns fatal, worries about their blood alcohol level lead the couple to take the body home and sober up before making their next move.

Somebody wake up Dick Clark, because this New Year’s is going to get rockin’.

Why did the dead man have Jeff (Dylan McTee) and Lindsey’s (Alex Essoe) address in his wallet? Has Lindsey’s sister Hannah (Perla Haney-Jardine, B.B. from Kill Bill, Vol. 2!) gotten them mixed up in some trouble? And what’s with that bag full of money and the weirdly polite detective (Ward Horton)?

“Bag full of money” is a pretty good clue things are about to get complicated, and indeed they do in the debut feature from director Julius Ramsay (The Walking Dead) and his brother Alston (a former speechwriter penning his first screenplay). Though the Ramsays show plenty of promise, the talent is raw and unpolished, and too often indicative of inexperience.

Most every element here, from shot selection to pacing to performance, is by-the-numbers proficient, never allowing the film to become a truly memorable sum of parts. You’ll find substance with little style, twists that seldom surprise, and at least one nasty bit of revenge violence.

Drawing heavily from a neo-noir party planner, Midnighters is a capably entertaining diversion, not quite a can’t-miss event.