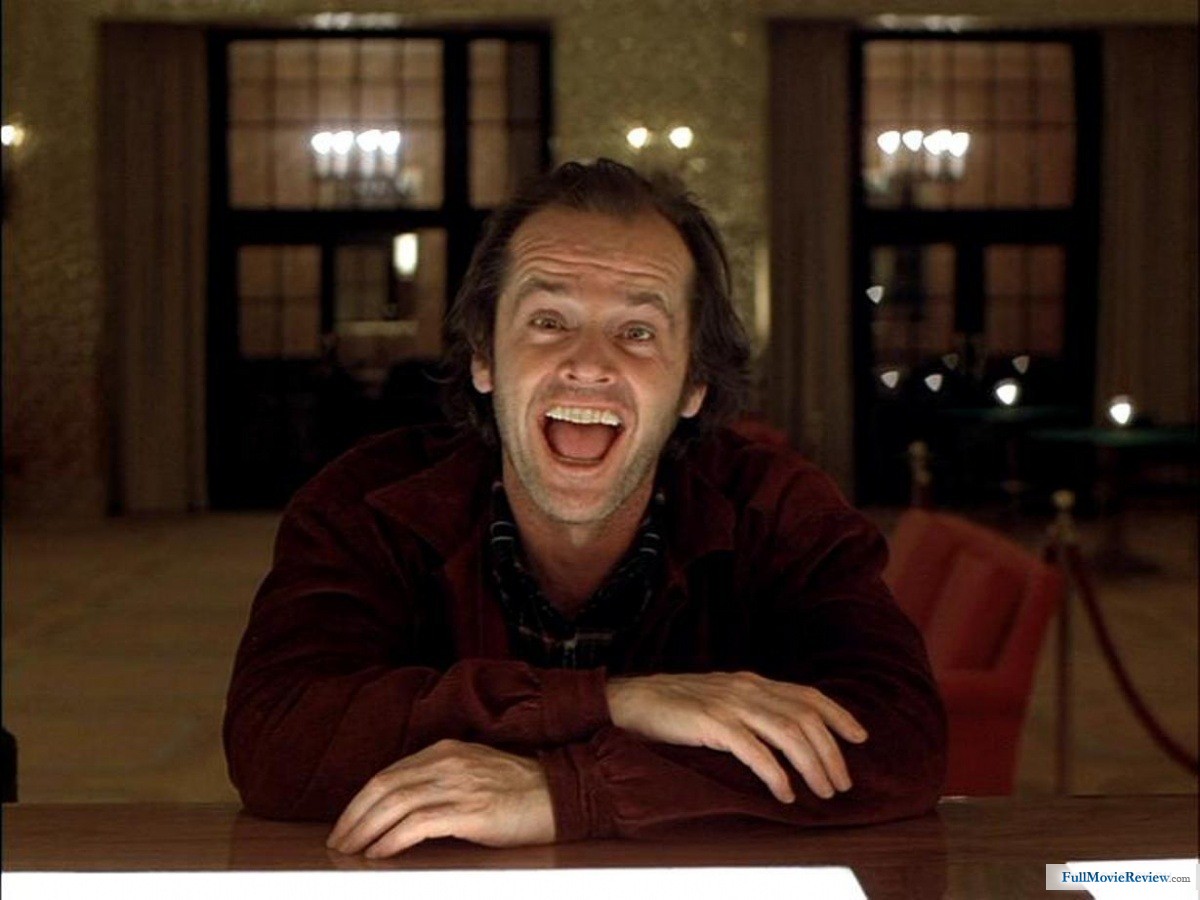 Though critics were mixed at the time of the film’s release, and both Kubrick and co-star Shelley Duvall were nominated for Razzies, much of the world’s negative response had to do with a needless affection for the source material. Kubrick and co-scriptor Diane Johnson use King’s novel as little more than an outline, and the film is better for it.

Duvall terrifies in that she is so visibly terrified. She may be “somewhat more resourceful” than Mr. Grady and his cohorts imagined, but she is a bit of a simpleton. Her gangly, Joey Ramone looks – so boney and homely – are shot to elongate what’s already too long, making her seem like a vision of death.

And, if you’re in the mood for a double feature, check out last year’s Room 237. As it explores various interpretations of Kubrick’s vision that vary in wackiness, it cements the effect The Shining still has on pop culture.

Speaking of.. if you’ve never seen The Simpsons take on it, The Shinning, you gotta remedy that.