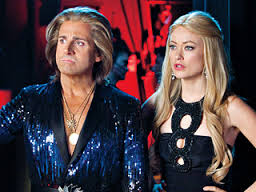 The Incredible Burt Wonderstone squanders an interesting premise and a talented cast on an atonal, uninspired comedy. It’s the kind of film that generates a few grins with its general pleasantness, but never offers the kind of laugh out loud moments that let you overlook its larger flaws.

The ever-likeable Steve Carell plays Burt Wonderstone, the bewigged and bejeweled Vegas magician whose lost his love of magic just in time for his public to move on to the next big thing – Jim Carrey’s extreme magician Steve Grey (think David Blaine with self-mutilation tendencies).

It’s not a bad idea, but it is badly executed. Wonderstone can’t decide if it’s a spoof or a family film. In the end, it succeeds at neither aim.

Rather than mining for pop culture laughs, as its screenplay attempts to do in spurts, director Don Scardino wallows in sentiment. Will Burt recover his childlike wonder? Learn to appreciate what he has right in front of him? Wow back a crowd? These probing questions and others are emphasized at every turn with an overbearing score, in case you might miss the emotionally moving moments.

Part of the reason Scardino’s schmaltzy approach doesn’t work is that it’s at odds with the script itself. Gags about making foggy old ladies cry, bringing magic (rather than food) to starving children, and performing wildly inappropriate “tricks” at a birthday party – not to mention a nutty, drug-fueled finale – should have felt edgier, but they are so softened by Scardino’s family-friendly vibe that they barely leave an impression.

But if Carell’s egomaniac feels a little forced (it sure does!), then his change of heart feels a lot forced. Carell’s comic timing and sense of the absurd often carry him through lifeless scenes, but it’s not enough to overcome the lazily written dialogue no matter how much velvet and glitter he throws at it.

Carrey’s fun as the star of the internet program Brain Rapist (another funny bit that feels out of place), but he’s far too old to play an up-and-coming street performer. Rather than youthful competition, he looks like Carell’s white trash uncle.

Actually, both actors are 51 – also known as “old enough to be Olivia Wilde’s dad.” Or, in this case, love interest.

2 thoughts on ““Incredible” is apparently relative”